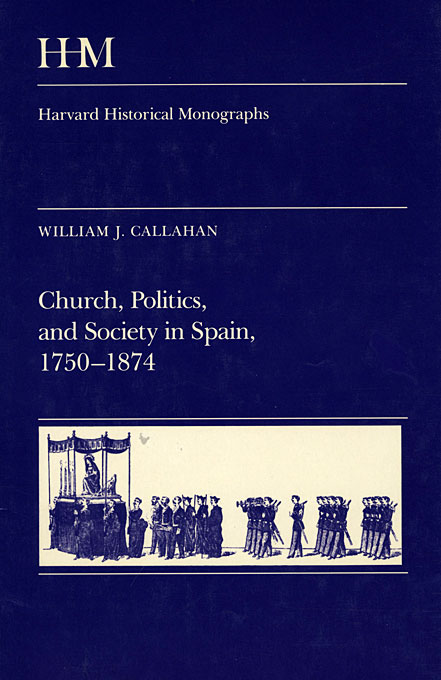 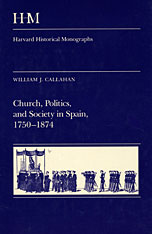 This contribution to European historical literature—based on extensive research in Madrid—provides a clear and dispassionate account of successive ecclesiastical–secular conflicts and controversies, and deftly summarizes the diverse ideological and intellectual currents of the times.

Nowhere in Europe has the Roman Catholic Church exerted a more mystical hold on the life of a nation than it has in Spain. Yet this hold has not been unchanging or unchallenged. By the mid-eighteenth century the Church was no longer the only legitimate source of authority, the all-pervasive presence that it had been, most forcefully in the late fifteenth and sixteenth centuries. Still, its power remained formidable. The Spanish Church imposed standards of conduct over the entire range of society, from the aristocracy to the peasant masses, and it possessed the material resources necessary to maintain an elaborate ecclesiastical network that influenced every aspect of Spanish life.

The heart of the book deals with the reactions of the Church to the dramatic, sometimes violent, changes that occurred during the critical nineteenth-century period of national transition from royal absolutism to popular liberalism. The study examines the responses of the Church to the new social and political forces that could no longer be excluded or contained, among them an emergent secular—even anticlerical—culture and a developing capitalism.

William Callahan demonstrates that these changes engendered resentments and frustrations deep within the ecclesiastical order that persisted well into the twentieth century, notably with the Spanish Church’s embrace of Franco.