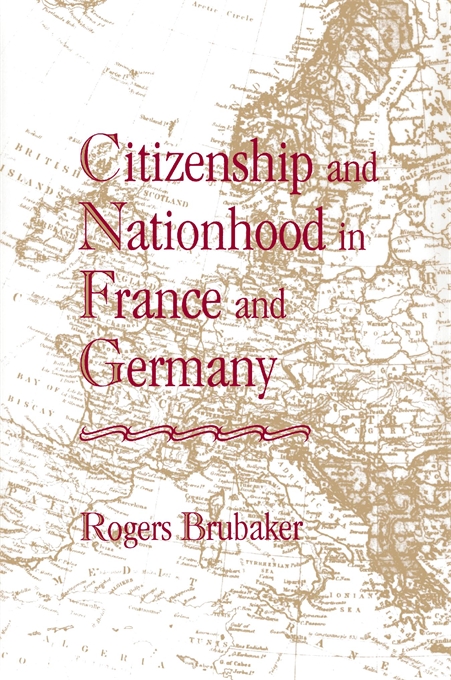 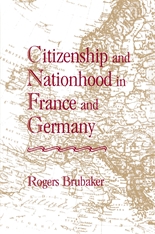 Citizenship and Nationhood in France and Germany

The difference between French and German definitions of citizenship is instructive—and, for millions of immigrants from North Africa, Turkey, and Eastern Europe, decisive. Rogers Brubaker shows how this difference—between the territorial basis of the French citizenry and the German emphasis on blood descent—was shaped and sustained by sharply differing understandings of nationhood, rooted in distinctive French and German paths to nation-statehood.