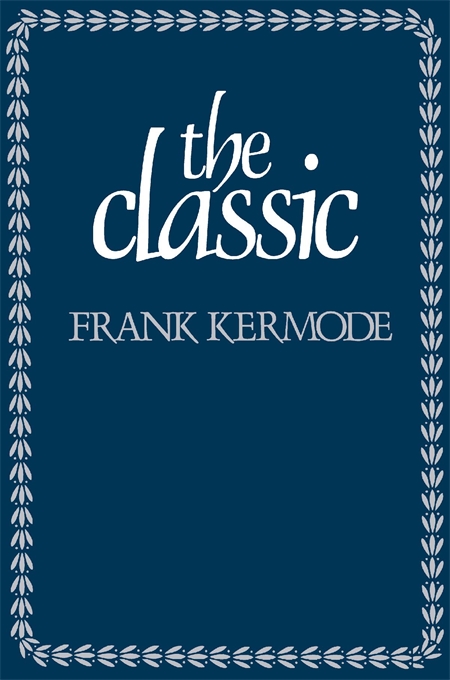 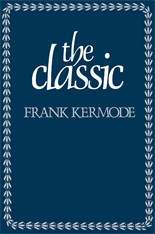 Literary Images of Permanence and Change

“The subtitle…modestly describes the tensions that generate the remarkable energy of this highly original study. The old conception of classic, Kermode argues, is tied to Virgilian attitudes of empire and eternity; the modern use of the term embraces change, plurality and secularization. The Classic brilliantly mediates between the two views of literature and culture… This closely argued and clearly articulated essay rests on formidable learning.”—George Core, The New Republic

“Kermode has one of the finest minds in contemporary criticism, and there is nothing that he touches that he does not in some unexpected way—to use some of his own terms—translate, renovate, eternalize.”—Robert Gorham Davis, Commonweal

“Taking as his central concept ‘the classic,’ the literary work we speak of as enduring, Kermode asks how a text can retain its identity as its time-bound readers change… The Classic is an enormously suggestive book, elegant and accessible.”—Yale Review

“Kermode is one of the rare critics and scholars—it is in any case uncommon to be both—who offer a new and unusual insight on whatever author or topic they turn to.”—New Statesman