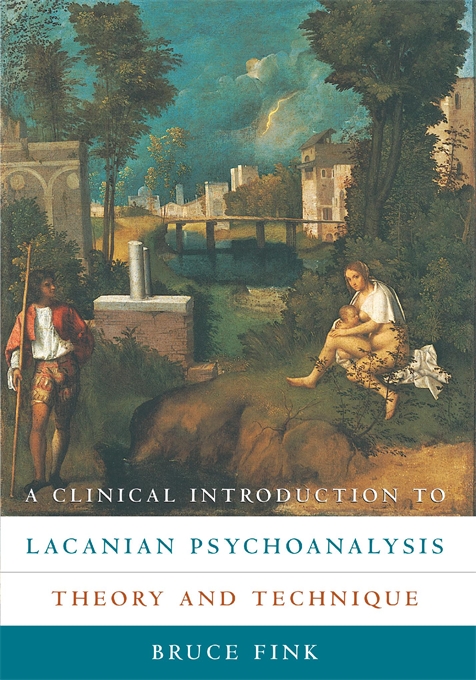 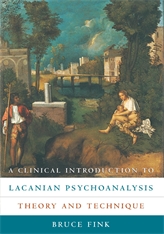 A Clinical Introduction to Lacanian Psychoanalysis

“Written with a clarity and accessibility unusual in Lacanian studies, Professor Fink’s book leads the reader step by step through Lacanian analysis, moving progressively toward the more problematic aspects of the theory. For students and practitioners of psychoanalysis, I’d recommend this book as the best I’ve seen.”—Stanley A. Leavy, M.D., Western New England Institute for Psychoanalysis

“Bruce Fink has established his place as one of the central authorities on Lacan in this country, without peer in his familiarity with all phases of Lacan’s work and in the clarity of his exegeses… Professor Fink presents something that has not yet been seen in America, and rarely approached with such perspicacity anywhere: an introduction to Lacanian psychoanalysis not only as theory, but as clinical methodology and practice.”—Kenneth Reinhard, University of California, Los Angeles

“Professor Fink’s Clinical Introduction to Lacanian Psychoanalysis addresses the clinically minded of all stripes, from the formally trained psychoanalyst to the layman who may be in, or in any way interested in, psychotherapy. His book will be particularly useful to analysts-in-training and doctoral-level students in psychology and the cognate disciplines. No previous exposure to Lacan’s thinking is required.”—William Richardson, Boston College