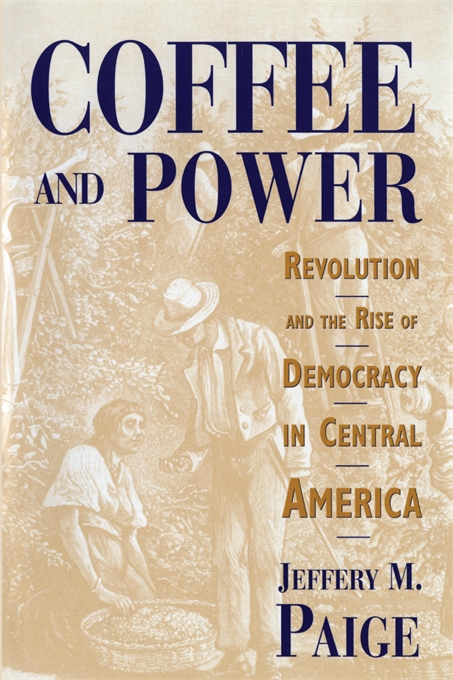 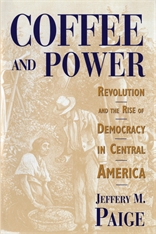 Revolution and the Rise of Democracy in Central America

In the revolutionary decade between 1979 and 1992, it would have been difficult to find three political systems as different as death-squad-dominated El Salvador, peaceful social-democratic Costa Rica, and revolutionary Sandinista Nicaragua. Yet when the fighting was finally ended by a peace plan initiated by Costa Rica’s President Oscar Arias, all three had found a common destination in democracy and free markets. To explain this extraordinary turn of events is the task of this landmark book, which fuses political economy and cultural analysis.

Both the divergent political histories and their convergent outcome were shaped by a single commodity that has dominated these export economies from the nineteenth century to the present—coffee. Jeffery Paige shows that the crises of the 1980s had their roots in the economic and political crises of the 1930s, when the revolutionary left challenged the ruling coffee elites of all three countries. He interweaves and compares the history, economics, and class structures of the three countries, thus clarifying the course of recent struggles. The heart of the book is his conversations with sixty-two leaders of fifty-eight elite dynasties, who for the first time tell their own stories of the experience of Central American revolution.

Paige’s analysis challenges not only Barrington Moore’s influential theory of dictatorship and democracy but also contemporary approaches to “transitions to democracy.” It also shows that a focus on either political economy or culture alone cannot account for the transformation of elite ideology, and that revolution in Central America is deeply rooted in the personal, familial, and class histories of the coffee elites.