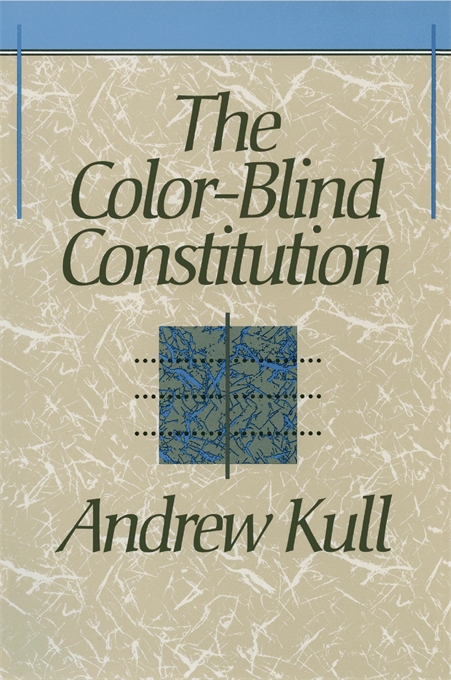 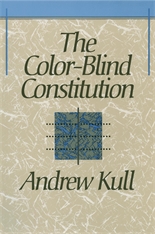 From 1840 to 1960 the profoundest claim of Americans who fought the institution of segregation was that the government had no business sorting citizens by the color of their skin. During these years the moral and political attractiveness of the antidiscrimination principle made it the ultimate legal objective of the American civil rights movement. Yet, in the contemporary debate over the politics and constitutional law of race, the vital theme of antidiscrimination has been largely suppressed. Thus a strong line of argument laying down one theoretical basis for the constitutional protection of civil rights has been lost.

Andrew Kull provides us with the previously unwritten history of the color-blind idea. From the arguments of Wendell Phillips and the Garrisonian abolitionists, through the framing of the Fourteenth Amendment and Justice Harlan’s famous dissent in Plessy, civil rights advocates have consistently attempted to locate the antidiscrimination principle in the Constitution. The real alternative, embraced by the Supreme Court in 1896, was a constitutional guarantee of reasonable classification. The government, it said, had the power to classify persons by race so long as it acted reasonably; the judiciary would decide what was reasonable.

In our own time, in Brown v. Board of Education and the decisions that followed, the Court nearly avowed the rule of color blindness that civil rights lawyers continued to assert; instead, it veered off for political and tactical reasons, deciding racial cases without stating constitutional principle. The impoverishment of the antidiscrimination theme in the Court’s decision prefigured the affirmative action shift in the civil rights agenda. The social upheaval of the 1960s put the color-blind Constitution out of reach for a quartercentury or more; but for the hard choices still to be made in racial policy, the colorblind tradition of civil rights retains both historical and practical significance.