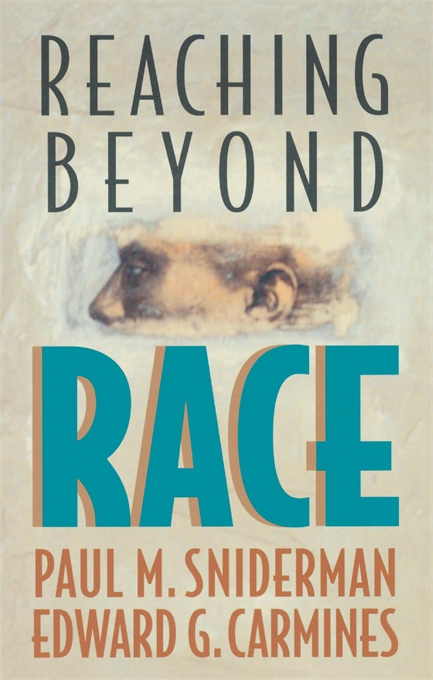 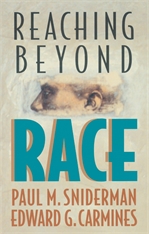 “Sniderman and Carmines’s discussion of stratagems to trick poll respondents into revealing their real views about race…makes the book worthwhile. Moreover, their sense of American sentiment is very likely right. Most Americans do agree, intellectually at least, that people should be judged for themselves, not for their race.”—Ellis Cose, Newsweek

“[Paul Sniderman and Edward Carmines] have devised a novel polling experiment to test just how tolerant whites who express positive views of blacks really are. And they do it without tipping off respondents to what they’re doing. They’ve described their test—and other equally innovative experiments—in an important and controversial new book.”—Richard Morin, The Washington Post

“A fascinating analysis of white Americans’ attitudes on race, by two political scientists who argue strenuously…that our leaders would be more effective in forging multiracial consensus and coalition to improve social and economic access for all citizens if they appealed to ‘moral principles that reach beyond race.’”—Kirkus Reviews

“In this remarkable book, Paul M. Sniderman and Edward G. Carmines offer fresh insights into American attitudes toward race that challenge much conventional thinking about racial politics and policies. Building on these insights the authors develop a persuasive argument for a new coalition, based on widely-shared moral convictions, to address the mounting problems of America’s disadvantaged. At once a work of exceptional technical sophistication, passionate advocacy and writing elegance, Reaching beyond Race is a book that will help all Americans, not just social scientists, think more clearly about our most enduring social problem… Its lessons are powerful, its messages are clear and beautifully delivered, and its contributions to our national conversation about race could not have come at a more appropriate time.”—American Political Science Association

“This very important book adds a new dimension to the argument over affirmative action. The findings contradict the view that race prejudice is at bottom the reason for opposition to affirmative action, and do demonstrate a generosity in the American people that is not presently credited.”—Nathan Glazer, author of We Are All Multiculturalists Now

“This book deals with issues of crucial importance to American society. It is not merely scholarly, but distinguished. That is to say, that it deals with an important subject of wide general interest, but with subtle and precise reasoning, and innovative but clear and convincing methods… The ingenuity of the ‘experiments’ with public opinion will delight the professional reader, while their clarity, appropriateness and convincingness will make the text accessible and persuasive to the more general reader… The great virtue of this book is the use of ingenious methods that are easy to understand. Instead of plumbing the depths of statistical obscurity they have the effect of making the reader feel: ‘yes, that is the obvious way to test that’; ‘why didn’t I think of that?’; or ‘why don’t other survey researchers do that?’ The ‘experiments’ as Sniderman and Carmines call them have that admirable but elusive quality of being ‘obvious, after the event’.”—William L. Miller, University of Glasgow

“The authors are continuing efforts to bring a clearer, more rational understanding of the issue of race and politics in the United States. This book explores some of the salient contemporary perceptions and premises regarding the resilience of the racial divide and its effect on domestic policy and political discourse. Using various experiments that are designed to expand on or correct some of the difficulties of standard public opinion polls, the authors present their hypotheses and efforts to ground in evidence the tests used to more explicitly identify racial attitudes as they reflected in policy decisions and policy directions. The book goes beyond a mere reporting of the results of experiments, but use the findings to suggest how racial chasms can be overcome by arguments that can be used to garner support and less divisiveness for social policy development. There are findings that will be provocative to readers on all sides of political ideology arguments. The chapters on Affirmative Action and Color-Blind Politics are especially interesting and effectively presented, especially in light of today’s debate on these topics. This book fits into the literature of several fields: political science, policy sciences, sociology, social work, ethnic studies, and public affairs… The case is well presented and should advance debate not only among scholars, but politicians and policy advocates, also.”—Barbara W. White, University of Texas at Austin