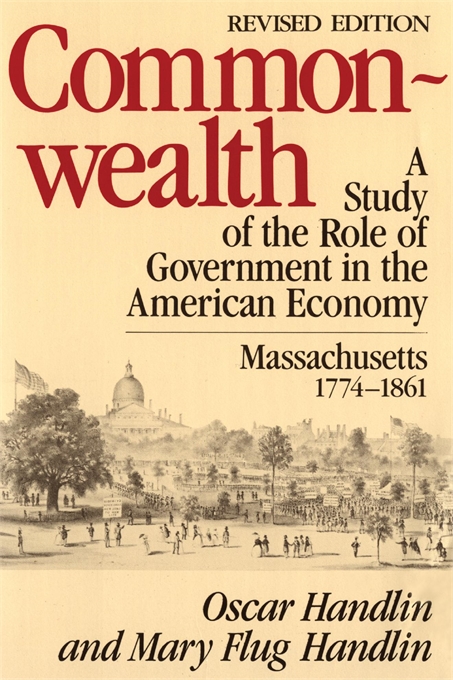 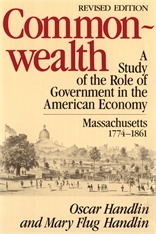 A Study of the Role of Government in the American Economy: Massachusetts, 1774–1861, Revised Edition

Commonwealth, when first published in 1947, was a pioneer effort to investigate the historical role of government in the American economy. It revealed for the first time the importance of political action in the development of the American free enterprise system. The present edition has been revised by the authors to take into account the research of the past two decades. Focusing on Massachusetts as a key state, Oscar and Mary Flug Handlin describe the changes in the ways the government dealt with the economy from the period of independence to the Civil War, and they analyze the social groups whose interests and ideas influenced the character of those changes.

The Handlins have re-examined both their original conclusions and the procedures by which they arrived at their formulation of the problem. They have not found it necessary to make substantial textual revisions, for both their research methods and their conclusions have stood the test of time, and their basic concepts have already been incorporated into the literature. However, they have made stylistic changes and have drastically altered their documentation, rigorously pruning the old footnotes and incorporating into the new notes important recent books and articles which treat the political and economic history of the period and the local history of the stale.

There are two significant additions to the book: a new preface and a new appendix that explain the theoretical framework through a description and demonstration of the change in the authors’ attitude and focus during the course of their original research.

This revision of Commonwealth is as cogent as the original edition, more useful to scholars because of its incorporation of the latest scholarly literature, and, as a result of the reduction in documentation, more attractive to the general reader.