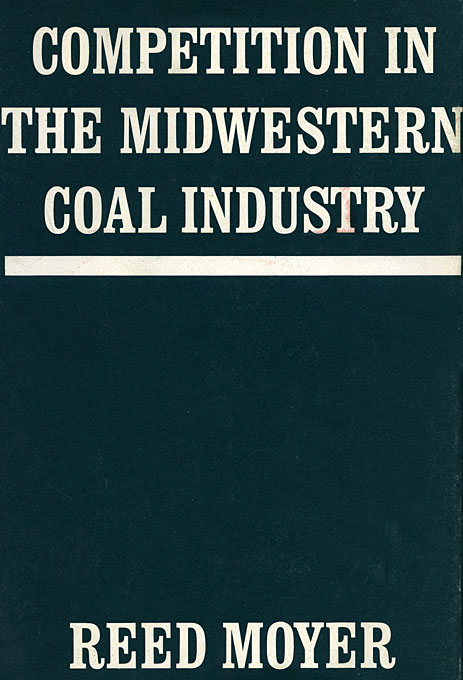 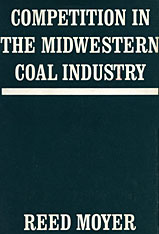 Competition in the Midwestern Coal Industry

In this vigorous and well-documented “current view” of competition in the mid-western coal industry, Reed Moyer has set himself two tasks: to bring up to date existing economic analyses and to correct a “distortion which arises from generalizing about an industry composed of several diverse parts.”

Most previous economic analyses have become obsolete, partly because of the shifting picture within the industry. Moyer’s detailed study of the economic behavior of the midwestern coal industry focuses on the transformation in the mining operation. Contrary to popular opinion, the bituminous coal industry in the Midwest is not “chronically depressed”; instead, it is successfully surmounting years of stagnation dating back to the 1920s, the effects of strikes, and the stiff competition offered coal by other fuels in the recent past. Concerned primarily with the coal producing regions of Illinois, Indiana, and western Kentucky, the author considers not only the economic factors touching the industry, but the geologic and geographic as well. In a framework of market structure, conduct, and performance Moyer analyzes in detail the “geographically isolated position of the midwestern coal industry,” which “limits interdistrict competition.”

Ample discussion is devoted to factors which influence the structural characteristics and the economic behavior of the industry: seller concentration, the importance of freight rates in determining delivery costs, price competition, entry barriers, and the effect of mining techniques on resource conservation, to name a few. The book includes an extensive treatment of the mining methods, strip and underground, common to the region, and their influence on its economic picture. This crisply written technical study searches thoroughly into the many facets of a leading component of a still lively major industry. The author has drawn on a supply of unpublished material as well as on information from confidential sources.