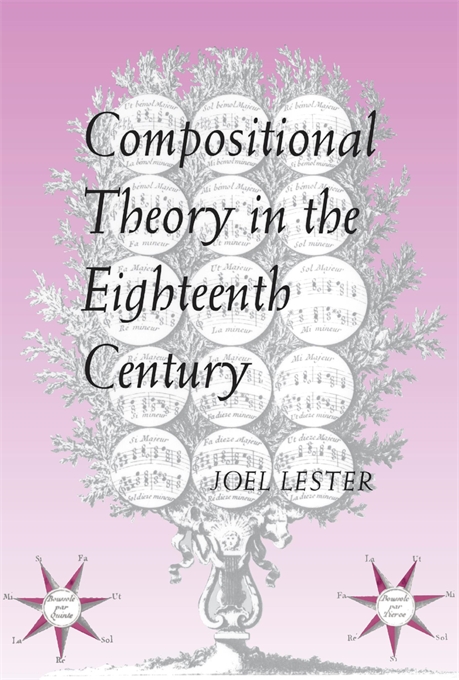 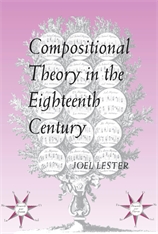 Compositional Theory in the Eighteenth Century

This ambitious study offers a panoramic survey of musical thought in the eighteenth century and, at the same time, a close analysis of the important theoretical topics of the period. The result is the most comprehensive account ever given of the theory behind the music of late Baroque and early Classical composers from Bach to Beethoven.

While giving preeminent theorists their due, Joel Lester also examines the works of over 100 seventeenth- and eighteenth-century writers to show how prominent theories were received and applied in actual teaching situations. Beginning with the influence of Zarlino and seventeenth-century theorists, Lester goes on to focus on central traditions emerging from definitive works in the early eighteenth century: species counterpoint in the writings of Fux; thoroughbass as presented by Niedt and Heinichen Rameau’s harmonic theories; and Mattheson’s views on melodic structure. The author traces the development and interactions of these traditions over the remainder of the century, through the writings of Albrechtsberger, C. P. E. Bach, Kirnberger, Koch, Marpurg, Martini, Nichelmann, Riepel, and many others. This historical overview is leavened throughout with accounts of individual composers grappling with theoretical issues—Haydn’s careful study of Fux’s treatise, Mozart’s instructions on harmony to his composition students, Beethoven’s own student exercises.

The links between various theoretical traditions, the pervasive influence of Rameau’s harmonic thinking, and the harmonic theories of Koch are just some of the numerous topics given their first full treatment here. Many of the theorists Lester cites are either unknown or often misunderstood today. By bringing their contributions to light and placing them within the context of theoretical tradition, Lester offers a fresh perspective, one that will inform and enhance any future study of this magnificent era in Western music.