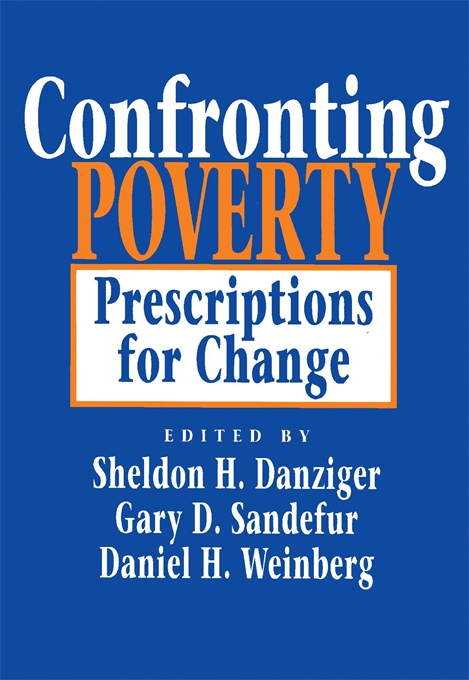 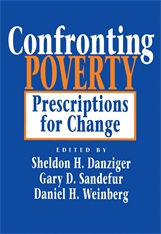 “This is a very balanced and informative study that provides an historical perspective on what has happened to poverty in the United States since its eradication first became a goal of public policy.”—William J. Hutchison, Social Thought

“Confronting Poverty includes some of the most thoughtful essays ever written on poverty and public policy.”—William Julius Wilson, University of Chicago

“This timely book should provide powerful ammunition for a new assault on poverty.”—Eddie N. Williams, President, Joint Center for Political and Economic Studies

“Danziger and Weinberg gave us Fighting Poverty in 1986 and I have used it every year since as the work from which students can best learn about poverty problems and policy. In Confronting Poverty an array of leading scholars not only update but extend the review to cover important new areas: the urban underclass, single-mother families, immigration, and the dynamics and intergenerational transmission of poverty and welfare. This is an important—and readable—source book for anyone concerned with these issues.”—Robinson Hollister, Swarthmore College