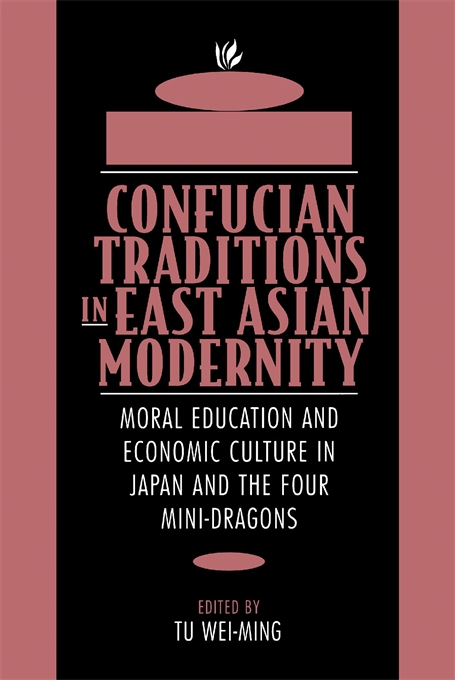 “Aware that Confucianism embodies multifarious dimensions and nationalities, and that cultural heritage alone cannot explain complicated socio-political-economic phenomena, the contributors of Confucian Traditions in East Asian Modernity avoid making dogmatic correlation between Confucianism and the failure or success of East Asian modernization. Rather, they ‘take the Confucian dimension as the point of entry’ for their sophisticated and insightful ‘inquiry into the dynamic interplay of intellectual, social, and economic currents in Japan and the Four Mini-Dragons’… This volume is inspirational, informative, and challenging.”—Pi-ching Hsu, The Historian

“In this excellent volume, the editor Tu Wei-ming has brought together one of the best specialist collections of papers on the role and significance of Confucianism in contemporary East Asia. The book’s strength lies in three distinct areas: its geographical breadth…its historical depth…and its interdisciplinary mix… [A] rich and complex volume.”—Roger Goodman, Asian Affairs

“An extremely authoritative and scholarly guide to the question of Confucianism’s role as an ‘economic culture’… Simply put, no one who is interested in researching the role of Confucian culture in contemporary East Asian economic development can afford to be without it. The scholarship is as impressive in its breadth as its depth. It is impossible, within the framework of a short review, to do justice to the whole volume… Anyone who wants to understand, to teach, or to research the Confucian characteristics of the emergent Pacific Century, will need to read this book. Its breadth of scholarship will challenge all but scholars of the quality that have produced it. The rewards are ample, however. This book will become one of the reference points for contemporary scholarship on the continuing role of popular Confucianism in East Asia.”—Stewart Clegg, Asia Pacific Business Review

“This important new book will be of interest to all students of contemporary South East Asia… Another major reason for this volume’s importance to South East Asian studies lies in the central economic role played by Chinese communities in nearly all South East Asian countries… Yet it is its broad sweep which makes this such a thought-provoking book… In particular, Thomas Gold’s masterful ‘Civil society in Taiwan: the Confucian dimension’ deserves to become widely read as an example of how Confucianism and autonomous social organizations can co-exist… In terms of the tightness of the editing, the stimulating contributions and the comprehensive notes and index, this is a sophisticated and erudite contribution to the debate.”—Alastair Dingwall, South East Asia Research [UK]

“The work is distinguished by its breadth and its multidisciplinary character as well as its depth, bringing together the work of philosophers, historians, sociologists, anthropologists, and economists, always with interesting results.”—Irene Bloom, Barnard College

“The focus of this book is an important one. Those non-Western countries which have come the farthest in modernization during the twentieth century are all East Asian: Japan, South Korea, Hong Kong, Singapore, and Taiwan. All of these have been influenced significantly by Chinese culture, and Chinese culture has been influenced significantly by Confucianism. Hence the question: what role has Confucianism in general, and Confucian ethics in particular, played in the process of modernization in these countries? Tu Wei-ming is an internationally renowned Confucian scholar. These essays are first-rate contributions to scholarship that deserve a wide audience, and all of them are enhanced by being gathered together in a single volume.”—Henry Rosemont, Jr., St. Mary’s College of Maryland