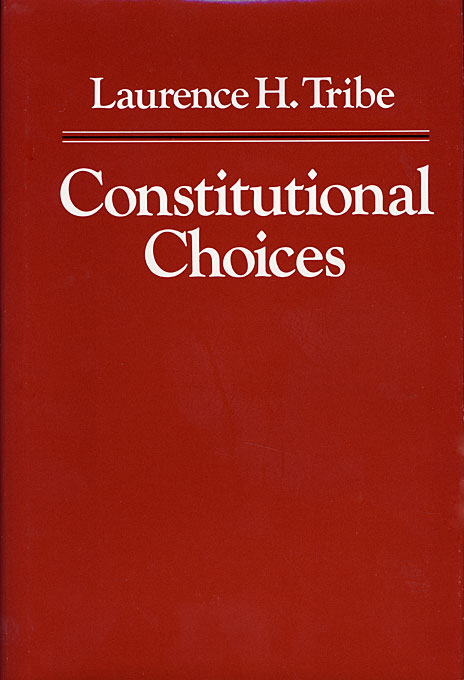 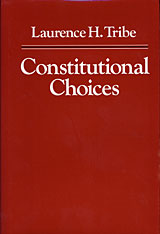 Constitutional Choices illuminates the world of scholarship and advocacy uniquely combined by Laurence Tribe, one of the nation’s leading professors of constitutional law and most successful practitioners before the Supreme Court. In his new hook, Tribe boldly moves beyond the seemingly endless debate over which judicial approaches to enforcing the Constitution are “legitimate” and which are not. Arguing that all claims to legitimacy must remain suspect, Tribe focuses instead on the choices that must nonetheless be made in resolving actual constitutional controversies. To do so, he examines problems as diverse as interstate banking, gender discrimination, church subsidies, the constitutional amendment process, the war powers of the President, and First Amendment protection of American Nazis.

Challenging the ruling premises underlying many of the Supreme Court’s positions on fundamental issues of government authority and individual rights, Tribe shows how the Court is increasingly coming to resemble a judicial Office of Management and Budget, straining constitutional discourse through a managerial sieve and defending its constitutional rulings by “balancing” what it counts as “costs” against what it deems “benefits.” Tribe explains how the Court’s “Calculus” systematically excludes basic concerns about the distribution of wealth and power and conceals fundamental choices about the American polity. Calling for a more candid confrontation of those choices and of the principles and perspectives they reflect, Tribe exposes what has gone wrong and suggests how the Court can begin to reclaim the historic role entrusted to it by the Constitution.