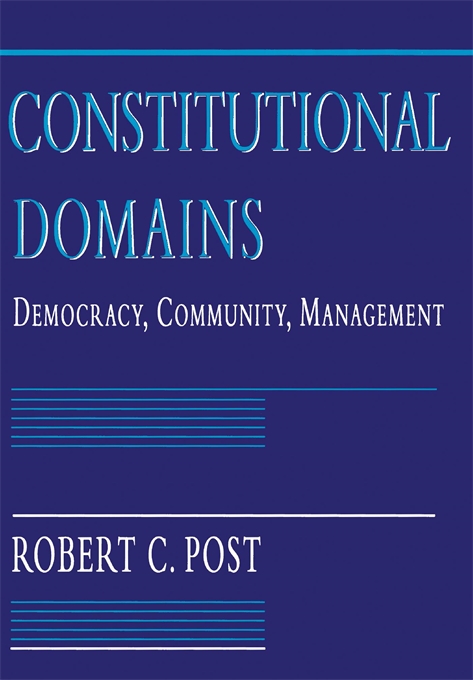 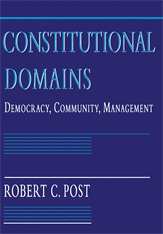 In a series of remarkable forays, Robert Post develops an original account of how law functions in a democratic society. His work offers a radically new perspective on some of the most pressing constitutional issues of our day, such as the regulation of racist speech, pornography, and privacy.

Drawing on work in sociology, philosophy, and political theory, Post demonstrates that the law establishes distinct and competing forms of social order: democracy, in which the law embodies the possibilities of collective self-determination; community, in which the law articulates and enforces a common social identity; and management, in which the law creates the conditions for accomplishing specific goals. Debates over the boundaries between these distinct domains, Post argues, are central to some of the most intractable problems of modern constitutional law. Here we see, for instance, how the controversy over the regulation of racist speech negotiates the boundary between communitarian and democratic forms of social ordering. We see how public forum doctrine, a crucial but notoriously mysterious component of First Amendment jurisprudence, arbitrates distinctions between the social domains of democracy and management. Taking up specific court cases, such as that against Hustler magazine and that allowing prayers before state legislatures, Post shows us what is actually at stake in these constitutional struggles.

A highly complex and sophisticated account of the operation of constitutional law in modern society, Constitutional Domains is essential reading for lawyers, social theorists, and makers of public policy.