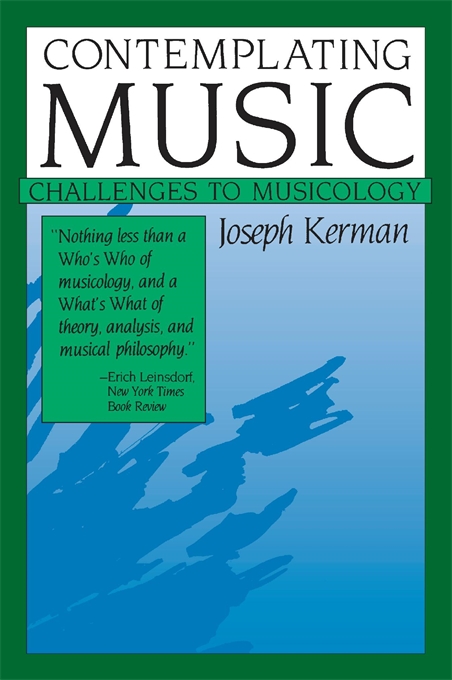 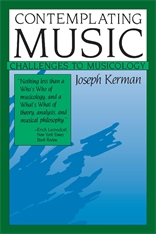 With this book, Joseph Kerman establishes the place of music study firmly in the mainstream of modern intellectual history. He treats not only the study of the history of Western art music—with which musicology is traditionally equated—but also sometimes vexed relations between music history and other fields: music theory and analysis, ethnomusicology, and music criticism.

Kerman sees and applauds a change in the study of music toward a critical orientation. As examples, he presents fascinating vignettes of Bach research in the 1950s and Beethoven studies in the 1960s. He sketches the work of prominent scholars and theorists: Thurston Dart, Charles Rosen, Leonard B. Meyer, Heinrich Schenker, Milton Babbit, and many others. And he comments on such various subjects as the amazing absorption of Stephen Foster’s songs into the canons of “black” music, the new intensity of Verdi research, controversies about performance on historical instruments, and the merits and demerits of The New Grove Dictionary of Music and Musicians.

Contemplating Music is filled with wisdom and trenchant commentary. It will spark controversy among musicologists of all stripes and will give many musicians and amateurs an entirely new perspective on the world of music.