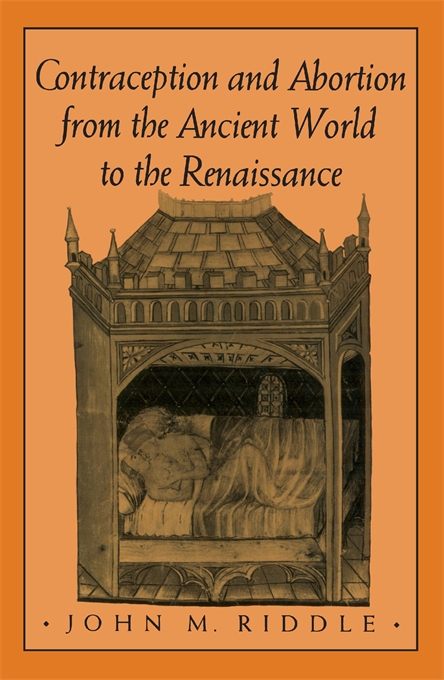 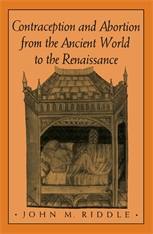 Contraception and Abortion from the Ancient World to the Renaissance

John Riddle uncovers the obscure history of contraception and abortifacients from ancient Egypt to the seventeenth century with forays into Victorian England—a topic that until now has evaded the pens of able historians.

Riddle’s thesis is, quite simply, that the ancient world did indeed possess effective (and safe) contraceptives and abortifacients. The author maintains that this rich body of knowledge about fertility control—widely held in the ancient world—was gradually lost over the course of the Middle Ages, becoming nearly extinct by the early modern period. The reasons for this he suggests, stemmed from changes in the organization of medicine. As university medical training became increasingly important, physicians’ ties with folk traditions were broken. The study of birth control methods was just not part of the curriculum.

In an especially telling passage, Riddle reveals how Renaissance humanists were ill equipped to provide accurate translations of ancient texts concerning abortifacients due to their limited experience with women’s ailments. Much of the knowledge about contraception belonged to an oral culture—a distinctively female-centered culture. From ancient times until the seventeenth century, women held a monopoly on birthing and the treatment of related matters; information passed from midwife to mother, from mother to daughter. Riddle reflects on the difficulty of finding traces of oral culture and the fact that the little existing evidence is drawn from male writers who knew that culture only from a distance. Nevertheless, through extraordinary scholarly sleuthing, the author pieces together the clues and evaluates the scientific merit of these ancient remedies in language that is easily understood by the general reader. His findings will be useful to anyone interested in learning whether it was possible for premodern people to regulate their reproduction without resorting to the extremities of dangerous surgical abortions, the killing of infants, or the denial of biological urges.