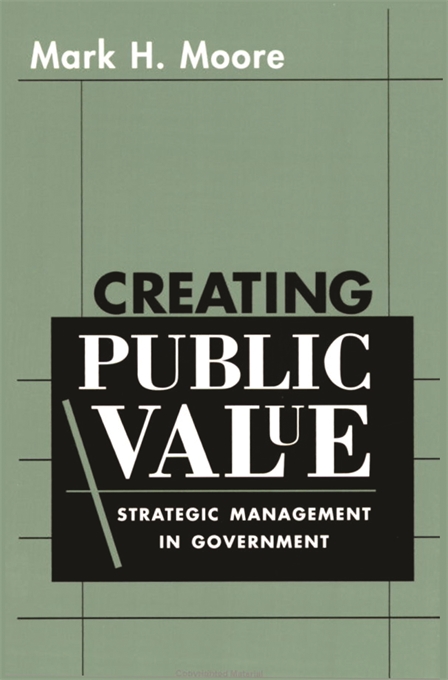 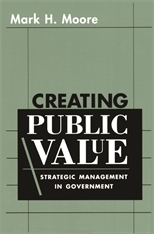 “Basing extended and thoughtful analyses and comments on a series of cases in managing an assortment of federal, state, and local public agencies (libraries, the EPA, a department of child and youth services, a redevelopment agency, the Centers for Disease Control, a housing authority, and a police department), Kennedy School professor Mark Moore seeks to expand the traditional bureaucratic conceptions of public administration.”—ARNOVA News

“[An] important argument to counter the image of the rigid bureaucrat, with case studies of youth services, a library, a redevelopment project, a police department, and a housing authority.”—Future Survey

“If you haven’t been able to slip out to Harvard University’s John F. Kennedy School of Government for the latest in public management training, Mark Moore’s book…will bring you up to speed.”—The National Journal

“This is at once the most broadly thoughtful and specifically useful book I’ve read in the field of public management.”—Hale Champion, former Undersecretary of the U.S. Department of Health, Education, and Welfare