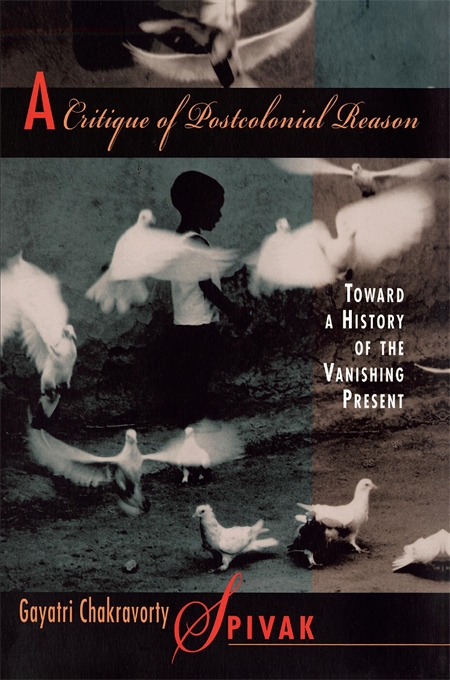 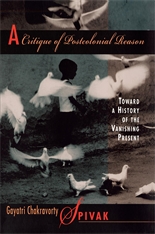 Are the “culture wars” over? When did they begin? What is their relationship to gender struggle and the dynamics of class? In her first full treatment of postcolonial studies, a field that she helped define, Gayatri Chakravorty Spivak, one of the world’s foremost literary theorists, poses these questions from within the postcolonial enclave.

“We cannot merely continue to act out the part of Caliban,” Spivak writes; and her book is an attempt to understand and describe a more responsible role for the postcolonial critic. A Critique of Postcolonial Reason tracks the figure of the “native informant” through various cultural practices—philosophy, history, literature—to suggest that it emerges as the metropolitan hybrid. The book addresses feminists, philosophers, critics, and interventionist intellectuals, as they unite and divide. It ranges from Kant’s analytic of the sublime to child labor in Bangladesh. Throughout, the notion of a Third World interloper as the pure victim of a colonialist oppressor emerges as sharply suspect: the mud we sling at certain seemingly overbearing ancestors such as Marx and Kant may be the very ground we stand on.

A major critical work, Spivak’s book redefines and repositions the postcolonial critic, leading her through transnational cultural studies into considerations of globality.