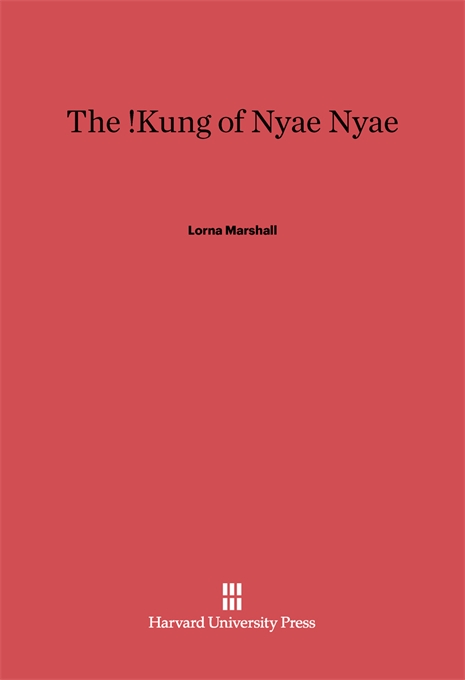 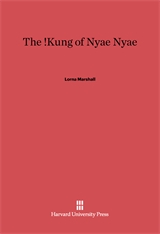 Here at last is the definitive publication of Lorna Marshall’s incomparable record of a hunting-gathering society and a now-vanished way of life. The !Kung Bushmen whom she and her husband discovered in an unexplored part of the Kalahari Desert, and lived with for periods ranging from a month to more than a year, have since become known to the world through her daughter’s book The Harmless People, her son’s films, notably The Hunters, and her own scholarly articles, underground classics of social anthropology.

The area known as Nyae Nyae (pronounced ny-ny, rhyming with tie), in South West Africa, is an arid region of some 550 square miles. When the Marshall expedition reached the area in 1951, its !Kung inhabitants were subsisting, as had their ancestors, wholly by hunting and foraging; isolated from outside influences, they lived and moved in traditionally organized bands, with no agriculture, no herds or domesticated animals, no permanent settlements or campsites. It was fortunate that the first Westerners to enter into the world of these !Kung came with the purpose of studying and recording their age-old ways; the data gathered then could not be duplicated today. Within a decade profound changes began as government and other agencies undertook to bring the people of Nyae Nyae into the modern world.

A consummate ethnographer with a fine eye for detail, Marshall describes all aspects of the social life of the !Kung: their modes of subsistence and of accommodation to the desert environment, organization into families and bands, kinship system and name relationships, marriage, child-rearing, interpersonal relations, play and games. Her sensitive and sympathetic account will attract many readers. Scholars will consult and draw upon her work, one of the major ethnographic records of our time, for generations to come.