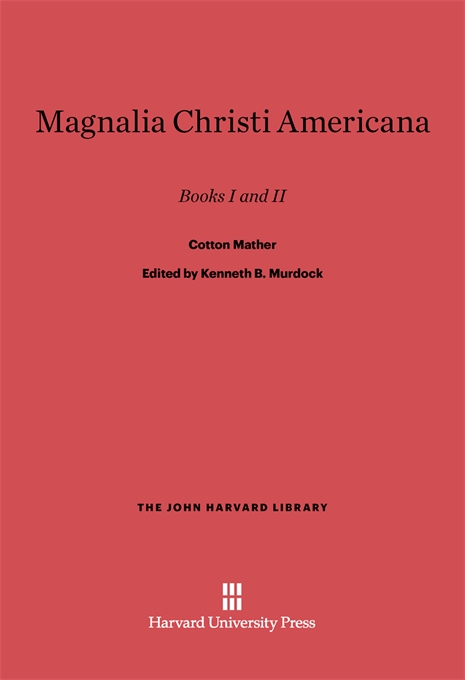 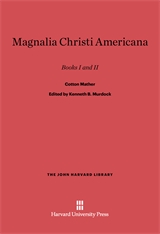 Books I and II

Edited by Kenneth B. Murdock

Cotton Mather’s ecclesiastical history of New England, though a monument of early American literature, has never before been made available in a thoroughly accurate and scholarly edition. Mather shipped his manuscript to England in 1700 and was given no chance to read proof: when he received the completed book two years later, he discovered numerous errors in the text and had a long errata list printed and distributed in Boston. These errors were not corrected in the two nineteenth-century editions of the work.

This long-awaited edition by Kenneth B. Murdock, the foremost Mather scholar of his generation, presents two of the seven books included in the huge folio volume of 1702. The first deals with the settlement of New England; the second with individual churches and the lives of their ministers. Errors in the text are corrected: editorial footnotes identify allusions, clarify difficult passages, and translate quotations from Hebrew, Greek, and Latin: endnotes expand upon matters requiring fuller explanation. The text is introduced by three illuminating essays, two by Murdock and one by George H. Williams, which elucidate the Magnalia as a revelation of the climate of the time in New England and of the complex mind and personality of one of that period’s most influential leaders.