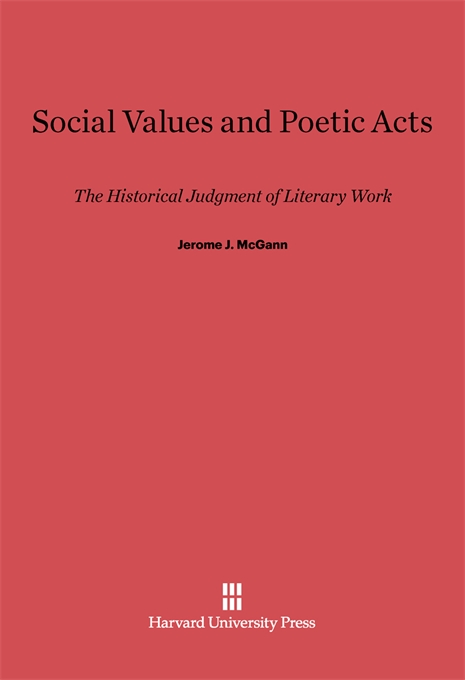 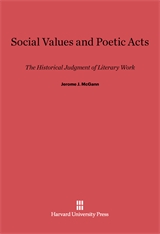 The Historical Judgment of Literary Work

What is the function of literature? Initially framed as a problem toward the end of the eighteenth century, this question has been posed with ever greater insistence throughout the nineteenth and twentieth centuries. During this period, the natural sciences and the human sciences have both staked claims to intellectual and moral authority, while literature—and poetry in particular—has experienced a serious crisis of legitimation. That embarrassment became acute in the 1970s and 1980s when Western literature, moving along various postmodern avenues, seemed to have turned against itself.

In Social Values and Poetic Acts, Jerome J. McGann addresses this predicament. He argues that during the past two centuries literature has turned to certain distinctively modern social practices, that it has undergone what Matthew Arnold termed a “crisis of life.” McGann’s thesis, a radical Left translation of Arnold, gathers the whole of the Western canon into an “antithetical discourse.” He calls for a comprehensive program of rehabilitation of literature, involving a radical reinterpretation of the literary history of the nineteenth and twentieth centuries. He also exhorts the scholarly and writing communities to rededicate themselves to an engaged and contestatory writing, interpretation, and teaching. In the course of the argument, he appropriates postmodernism and deconstruction into socially conscious forms of cultural work.