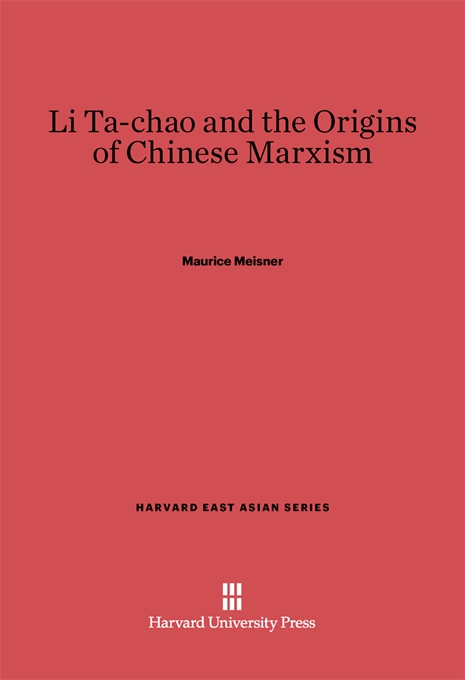 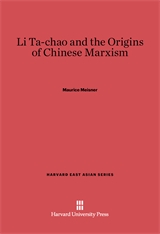 Li Ta-chao and the Origins of Chinese Marxism

Li Ta-chao, who was honored by the Chinese Communist Party as its first true leader and its greatest martyr, was the pioneer of Marxism in China and one of the two principal founders of the Chinese Communist movement in 1920. Although he was arrested and executed in 1927, Li’s ideas influenced a whole generation of future Chinese Communist leaders and especially Mao Tse-tung. Emphasizing Li’s primary importance as a Chinese interpreter of Marxism, Maurice Meisner analyzes the nature of the adaptation of Marxist theory to the Chinese historical environment and casts new light on the origins of “Maoism.”