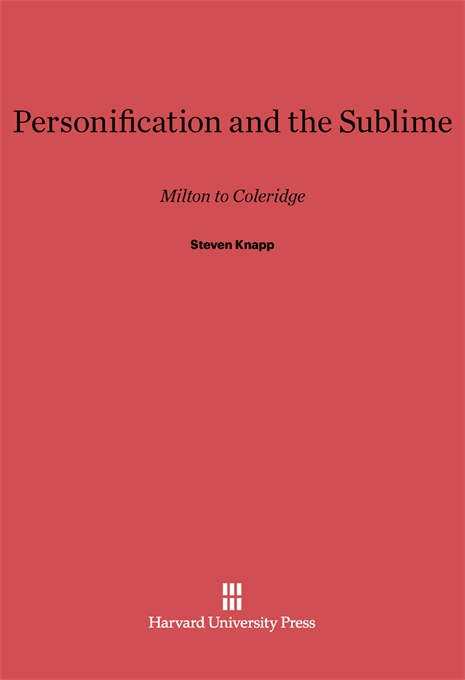 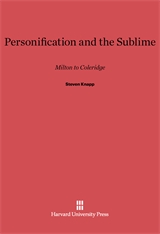 Personification and the Sublime

Eighteenth-century and Romantic readers had a peculiar habit of calling personified abstractions “sublime.” This has always seemed mysterious, since the same readers so often expressed a feeling that there was something wrong with turning ideas into people—or, worse, turning people into ideas. In this wide-ranging, carefully argued study, Steven Knapp explains the connection between personification and the aesthetics of the sublime.

Personifications, such as Milton’s controversial figures of Sin and Death in Paradise Lost, were seen to embody a unique combination of imaginative power and overt fictionality, and these, Knapp shows, were exactly the conflicting requirements of the sublime in general. He argues that the uneasiness readers felt toward sublime personifications was symptomatic of broader ambivalences toward archaic beliefs, political and religious violence, and poetic fiction as such.

Drawing on recent interpretations of Romanticism, allegory, and the sublime, Knapp provides important new readings of Coleridge, Wordsworth, Kant, and William Collins. His provocative thesis sheds new light on the relationship between Romanticism and the eighteenth century.