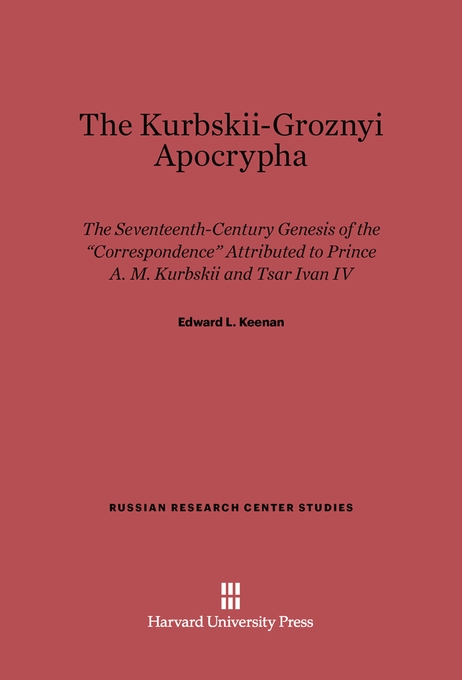 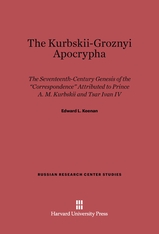 the 17th-Century Genesis of the "Correspondence" Attributed to Prince A. M. Kurbskii and Tsar Ivan IV

For centuries the exchange of letters between Ivan the Terrible (1530–1584) and Prince Kurbskii, Muscovy’s first notable defector, has been considered an authentic and important source for sixteenth-century Russian history. The Ivan portrayed in these letters has dominated posterity’s perception of him and his time. But the provenance of the “Correspondence” has never been properly established.

Edward L. Keenan draws on all the tools of source study and literary criticism to demonstrate that the “Correspondence” is a forgery, and in fact was composed some decades later in the seventeenth century. He concentrates on the first letter of Kurbskii, which is the earliest of the letters as well as a source for the later ones, and concludes that it was written between 1623 and 1625 by Semen Ivanovich Shakhovskoi—a conclusion that will necessitate the re-evaluation of sixteenth-century Russian history as it has previously been written by scholars throughout the world.

Keenan discusses at length the implications of his discovery and sketches directions for future study, which will include a reconstruction of our conception of sixteenth- and seventeenth-century political thought, of Ivan’s personality—indeed of the nature of his reign—and of the evolution of Muscovite state ideology.