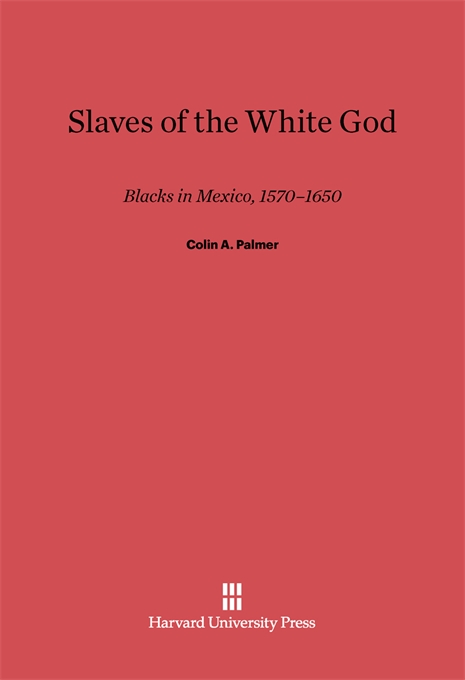 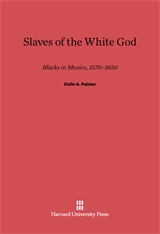 Slaves of the White God

This is only the second study in any language of slavery in a New World colony in the sixteenth and seventeenth centuries, but the first one dealing with colonial Mexico. Colin Palmer’s book, based on a number of primary sources, mostly hitherto never consulted, in Spain and Mexico—wills, trial records, notarial papers, inquisition documents, official reports, shipping records—is an event in new studies in social history. The author reconstructs the evolution of a slave society in all its variety and answers many questions of racial, sociological, psychological, economic, and historical import that have burdened slave studies for the last decade.

Among the Spanish colonies in the New World in the sixteenth and seventeenth centuries, Palmer has found that Mexico had the largest black slave population. Upwards of 100,000 slaves went to that land before 1650 and, altogether, 200,000 slaves toiled there. The author shows how these slaves worked not only on sugar plantations but also in the mines and in textile plants under conditions that were oppressive and brutal. Thus, in this domain of the Conquistadores, slaves were a critical element in these capitalist enterprises which existed in an essentially pre-capitalist society. Palmer also effectively demonstrates that Church and State seldom mitigated working conditions, despite the directives of the famous Siete Partidas, because local law and custom reigned.

Palmer writes about the daily life of the slaves and focuses on the relationship of blacks with blacks, blacks with Indians, and blacks with whites. Slaves were able, to some extent, to maintain a sense of self and to preserve some of their African traditions, particularly religious customs and folk beliefs.