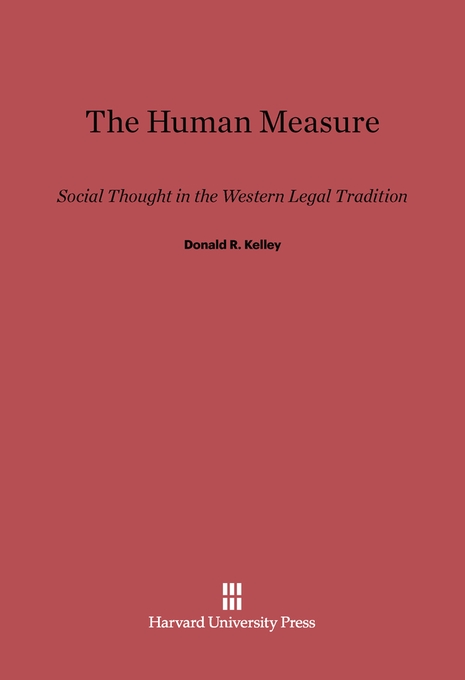 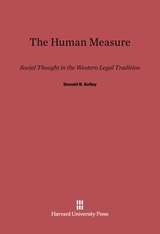 Not since the works of Lovejoy and Burt has a scholar attempted such a grand-scale inquiry into the idea of law as the vehicle of culture and social and moral thought. Donald Kelley’s major premise is that law and the theory and practice of jurisprudence—civil science—represent the most concrete efforts to find a human measure, a systematic practical philosophy broader than political theory, that will allow us to understand, and perhaps control, the human social condition.

This masterful inquiry into the Western legal tradition, its formation, reformation, and transformation over two thousand years, traces the social and cultural thought of jurists and legal philosophers from Greek roots and Roman foundations to the nineteenth and twentieth centuries. Kelley examines the revival of civil science in the Middle Ages, its extension in terms of the natural cultures of modern Europe, its conflicts with European customs, and its philosophical reformulation as modern natural law. He illuminates the role of civil science in the debates over legal codes, its investigation and rehabilitation by the nineteenth-century historical school, and finally its rivalry with and relationship to the modern sciences of society and culture.

Kelley successfully broadens the perspective of political theory to encompass social and cultural dimensions and, in doing so, opens up a new intellectual continent for scholars and students of history, philosophy, and law. This is a work of unparalleled scholarship by one of the most original historians writing today.