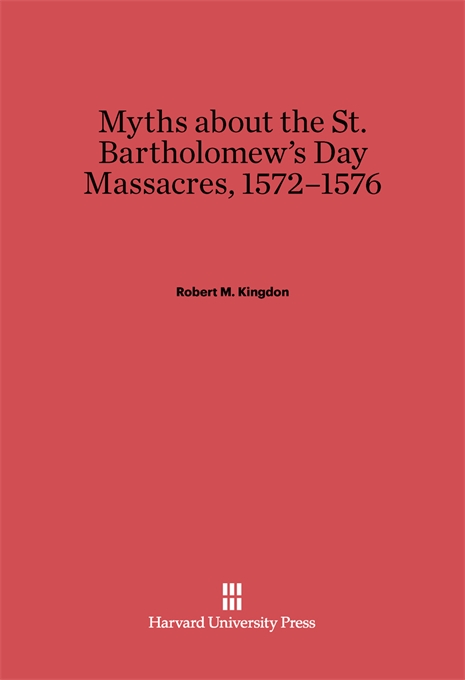 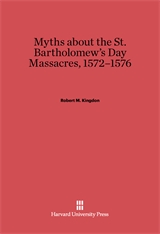 An epochal event in French history, the St. Bartholomew’s Day religious massacres are still the subject of controversy. A leading historian of the early modern period, Robert Kingdon, writes about the reactions to the massacres that were published at the time, showing how the relatively new medium of print was used by the Protestants to shape reaction to the catastrophe an early example of the printing press as an agent of social and political change.

Kingdon describes the loosely connected network of printers in Geneva, Basel, Strasbourg, Frankfurt, Heidelberg, London, La Rochelle, and other cities that printed and distributed the grisly accounts of the murders of thousands of Protestants by Catholic zealots. But the pamphlets encompassed more than the making of martyrs. Some linked the massacres with an evil international conspiracy led by the French monarchy, Rome, and Spain. Others were political treatises arguing for a type of government that would no longer claim absolute power and would permit the survival of an ideological minority. Thus, the book contributes to an understanding of the history of printed propaganda and the role of myths in historical events, and illuminates important aspects of international diplomacy and political thought during the period of the later Reformation.