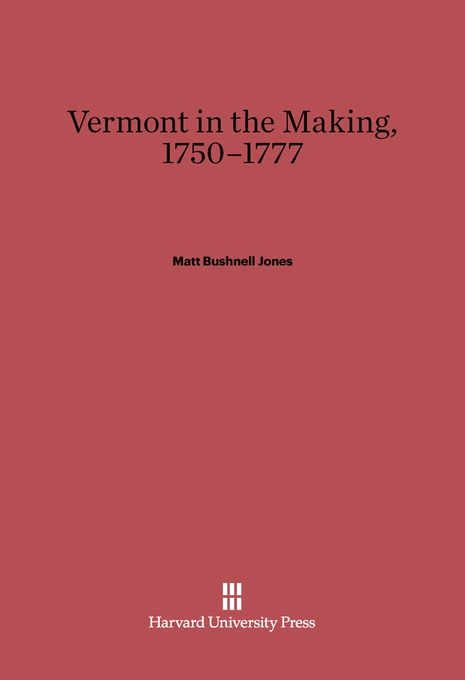 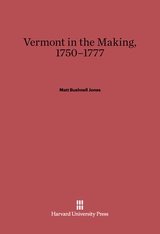 This volume covers the formative period of Vermont history from 1750, when Governor Benning Wentworth of New Hampshire began his speculation in the lands of a province over which he had no authority, until 1777, when the settlers on the New Hampshire Grants had freed themselves from the overlordship of New York, had adopted a constitution more liberal than that of any of the older states, and had begun to function as the independent republic that ultimately became the fourteenth state of the Union. Among other matters Matt Bushnell Jones discusses the efforts of Governor John Wentworth to persuade the English government to set aside its boundary order of 1764 and put the territory of the present state of Vermont under the jurisdiction of New Hampshire; Captain Samuel Robinson’s mission to London to persuade George III to confirm the New Hampshire grant; and the revolution of the Green Mountain Boys against New York under the leadership of Ethan Allen, Seth Warner, and Remember Baker in their conflicts with New York officials and their posses or with settlers and land speculators claiming lands under New York grants. Jones, from his study of the original sources, has reached conclusions that differ widely from many long-accepted opinions and has written a book of first importance to everyone interested in New England history.