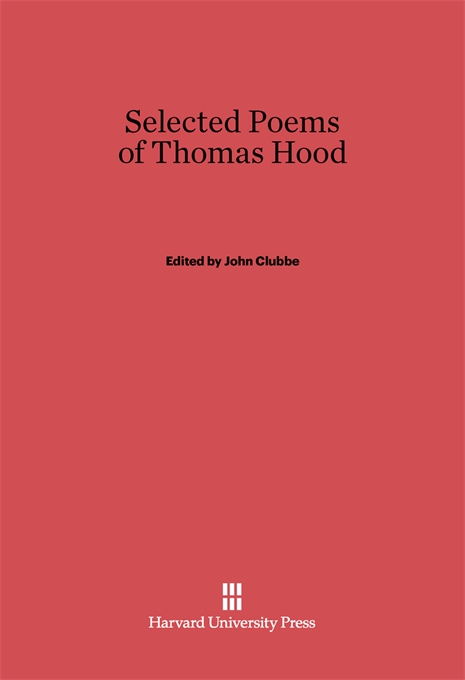 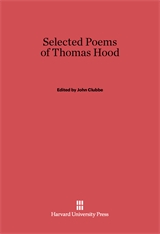 The works of the highly versatile nineteenth-century poet Thomas Hood have long been difficult to obtain. John Clubbe remedies this situation with a selection of poems which reveal Hood’s varied talents. Including all of Hood’s best-known poems, the volume contains romantic lyrics, comic ballads, dramatic verse narratives, poems of social protest, and Hood’s long satiric masterpiece, “Miss Kilmansegg and Her Precious Leg.” The poems abound in puns (Hood has been called the greatest punster in the English language), in slang and colloquial expressions, and in allusions to people and events of his time. Clubbe elucidates all these in his notes, pointing out as well literary parallels and sources. Reproductions of many of the woodcuts designed or commissioned by Hood to illustrate his poems complement the text.