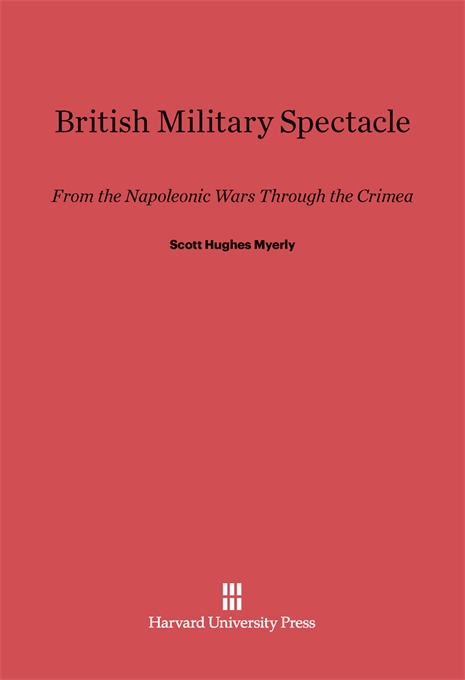 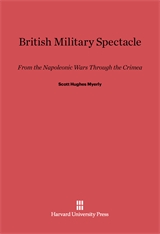 From the Napoleonic Wars through the Crimea

In the theater of war, how important is costume? And in peacetime, what purpose does military spectacle serve? This book takes us behind the scenes of the British military at the height of its brilliance to show us how dress and discipline helped to mold the military man and attempted to seduce the hearts and minds of a nation while serving to intimidate civil rioters in peacetime.

Often ridiculed for their constrictive splendor, British army uniforms of the early nineteenth century nonetheless played a powerful role in the troops’ performance on campaign, in battle, and as dramatic entertainment in peacetime. Plumbing a wide variety of military sources, most tellingly the memoirs and letters of soldiers and civilians, Scott Hughes Myerly reveals how these ornate sartorial creations, combining symbols of solidarity and inspiration, vivid color, and physical restraint, enhanced the managerial effects of rigid discipline, drill, and torturous punishments, but also helped foster regimental esprit de corps.

Encouraging recruitment, enforcing discipline within the military, and boosting morale were essential but not the only functions of martial dress. Myerly also explores the role of the resplendent uniform and its associated gaudy trappings and customs during civil peace and disorder—whether employed as public relations through spectacular free entertainment, or imitated by rioters and rebels opposing the status quo. Dress, drills, parades, inspections, pomp, and order: as this richly illustrated book conducts us through the details of the creation, design, functions, and meaning of these aspects of the martial image, it exposes the underpinnings of a mentality—and vision—that extends far beyond the military subculture into the civic and social order that we call modernity.