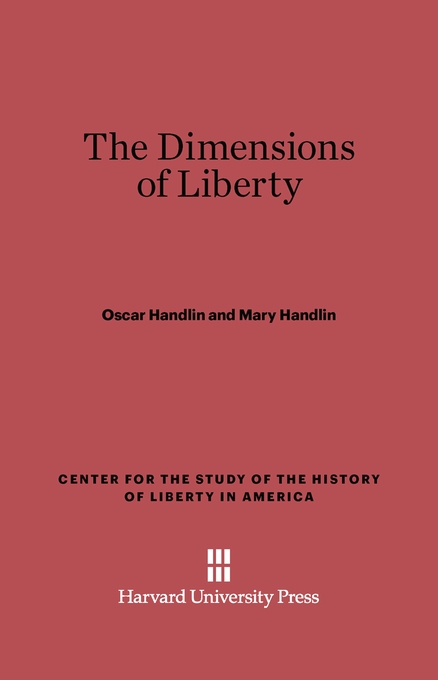 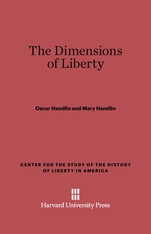 The Dimensions of Liberty

Center for the Study of the History of Liberty in America

Using the ability of the individual to take action as a working measure of the extent of liberty at any time, Oscar Handlin and Mary Flug Handlin identify and describe numerous factors that have had an important effect on American freedom since colonial days. In defining the broad dimensions of the conception, they investigate, among other subjects, the significance of the idea that the state derived power from the consent of the governed, the early concept of the Commonwealth, the later one of police powers, the roles played by governmental institutions, churches, secret lodges, voluntary associations of all kinds, immigration, the professions, continuing social and physical mobility, and the growth of wealth.