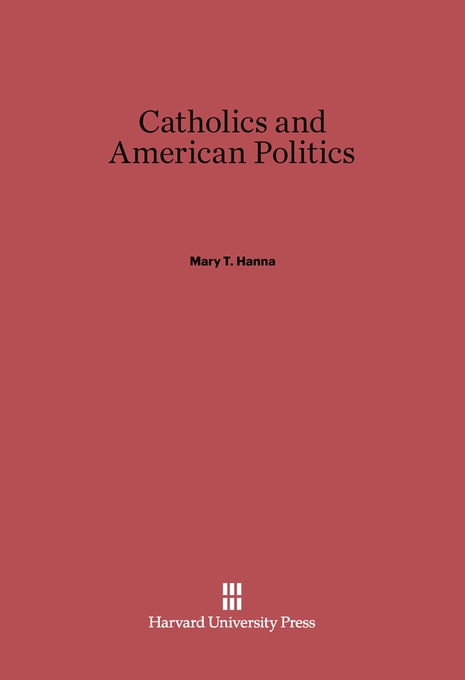 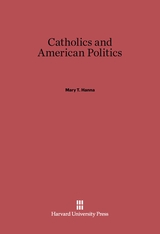 Despite the constitutional division of church and state, the impact of Catholics on American politics in the 1960s and 1970s has been remarkable—as the names of the Kennedys, Eugene McCarthy, Thomas “Tip” O’Neill, Peter Rodino, Thomas Eagleton, the Berrigan brothers, and Cesar Chavez will attest. In this portrait of American Catholicism, Mary Hanna intensely analyzes the political influence of this enormously complex organization. She focuses on the role of the Church in providing the means for an ethnic group to challenge and contribute to the values of the larger society.

Hanna recognizes that the Church is constantly striving to maintain a balance between changing social conditions and the principles of faith. In her analysis of the dynamics of this balance, she asks, for example, why the Church has had such influence on its members on the question of abortion, but has been somewhat less effective on questions relating to minority welfare. Interviews with working-class leaders in Catholic “ethnic” communities provide a new understanding of the complexities of Catholic feeling on these timely issues. Hanna’s chapter on the subtleties of the abortion issue, as interpreted by church leaders, Catholic politicians, and the lay population, is a model of scholarship.

This study applies the methods of quantification, survey research, and interviewing to public policy, and yields unexpected results. For example, despite Catholics’ stereotyped image as conservative and antiprogressive, Hanna shows that Catholic voters are very liberal on the subject of government’s role in solving problems related to the general welfare-health care, the environment, education, crime, drug addiction. She also finds upward mobility in Catholics’ education and especially their income. This work combines data from national surveys with personal interviews of clergymen and other Catholic public figures. Hanna’s comprehensiveness, documentation, and innovation make this a searching analysis of contemporary American Catholicism.