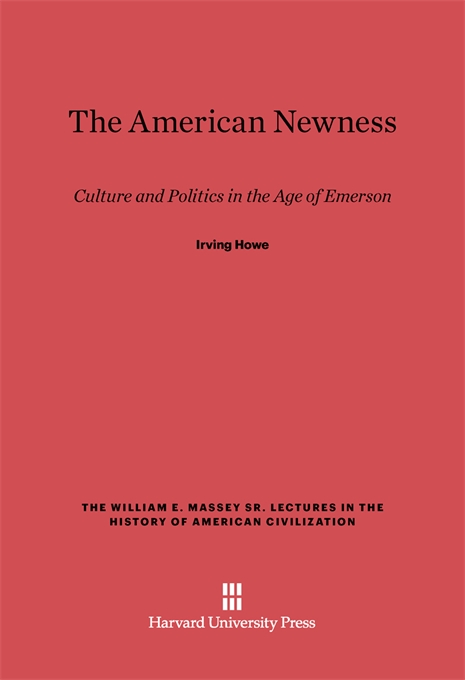 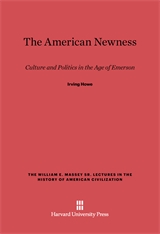 Culture and Politics in the Age of Emerson

“To confront American culture is to feel oneself encircled by a thin but strong presence. I call it Emersonian, an imprecise term but one that directs us to a dominant spirit in the national experience.” Thus Irving Howe, America’s distinguished social critic and a longtime reader of the Sage of Concord, begins this illuminating discussion of Emerson and his disciples and doubters. What is the Emersonian spirit? What inspired it, what propelled it? And what does it mean to us today?

History gave Emerson his opportunity and then took it away. Coming to manhood during the 1830s and 1840s, the time of “the newness” when Americans beheld the world with unbounded expectations, Emerson became the spokesman for the self-reliant new man he believed had arisen, ready to thrust aside mossy traditions and launch a new revolution of freewheeling thought. But the rapid pace of the American experience overtook the Emersonian vision; in the 1850s, the rising problems of slavery, a boom-and-bust economy, the vulgarity of mass culture overwhelmed the idealist. His satellite spirits wavered and shrouded the Emersonian optimism: Hawthorne, with his stories of moral breakdown; Thoreau, rooted in nature yet inclined to the cranky and fanatical; Melville, his fathomless blackness waiting beneath archetypal fables of innocence and evil also Walt Whitman, Orestes Brownson, Twain—all were influenced by, yet reacted against, the Emersonian “newness.”

Howe identifies three kinds of response: the literature of work (Melville and Mark Twain), the literature of Edenic fraternity (James Fenimore Cooper, Whitman, Twain again), and the literature of loss (all the post–Civil War writers). He lays before us the intellectual and personal tragedy of the first great American man of letters, yet also shows that Emerson’s belief in the untapped power of free men pervades not only the lives and works of his contemporaries but is also a permanent part of the American psyche.