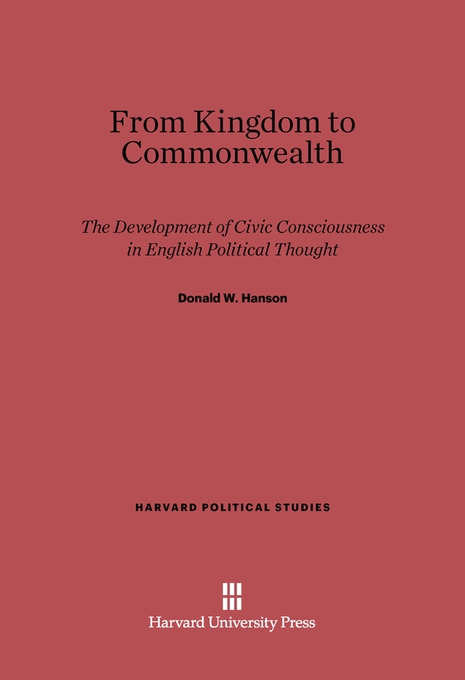 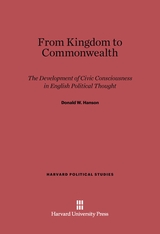 From Kingdom to Commonwealth

The Development of Civic Consciousness in English Political Thought

The author examines English political thought from the twelfth to seventeenth centuries as the nation moved from personal monarchism to constitutionalism. He provides a reinterpretation of old themes in medieval history and then relates medieval English society to underdeveloped societies of modern times. Donald Hanson’s primary concern is determining the point and character of the transition from a medieval style of politics to a modern one. He suggests that civic consciousness is prerequisite to political modernity and that this consciousness came to England with the civil wars—in the seventeenth century.