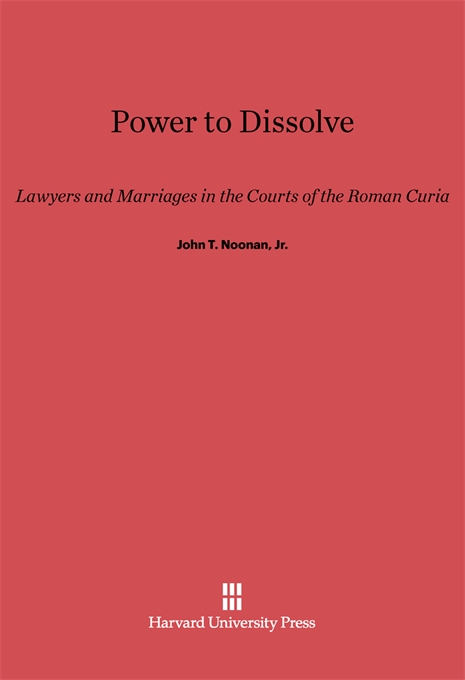 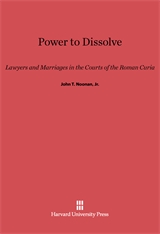 Lawyers and Marriages in the Courts of the Roman Curia

In the introduction to this charged and compelling study, John T. Noonan writes that his book “looks to the role of law within a religion founded on commandments of love; it looks to the place of love in an institution molded by law. Jurisprudentially, it is the examination of a legal system, arguably the oldest and certainly the most universal in the world. Theologically, it is an investigation of the contents of Christian marriage.” Six case studies, spanning the seventeenth to the twentieth century and involving such dissimilar characters as Charles, Duke of Lorraine and his duchess Nicole and Governor Parkhurst of Maine and the Rospigliosi of Rome, measure the impact of the legal process on the lives of the individuals affected. Written in an engaging fashion that will fascinate readers, Noonan’s analysis is strengthened by his ability to obtain access to the files of the Roman Rota and the Secret Archives of the Vatican.