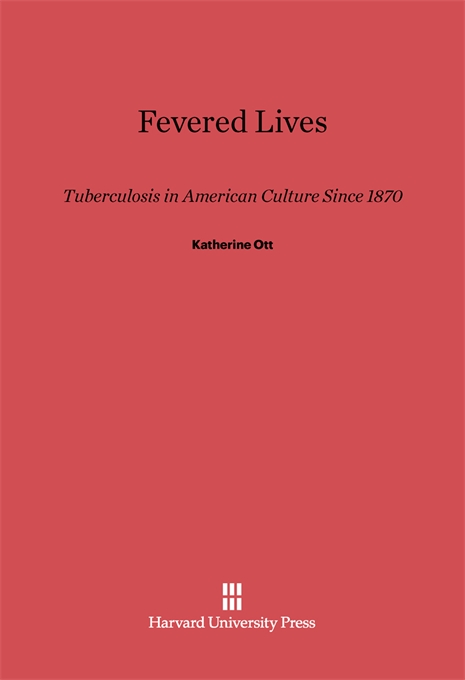 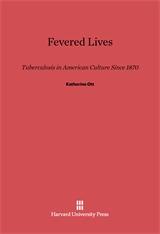 Tuberculosis in American Culture since 1870

Consider two polar images of the same medical condition: the pale and fragile Camille ensconced on a chaise in a Victorian parlor, daintily coughing a small spot of blood onto her white lace pillow, and a wretched poor man in a Bowery flophouse spreading a dread and deadly infection. Now Katherine Ott chronicles how in one century a romantic, ambiguous affliction of the spirit was transformed into a disease that threatened public health and civic order. She persuasively argues that there was no constant identity to the disease over time, no “core” tuberculosis.

What we understand today as pulmonary tuberculosis would have been largely unintelligible to a physician or patient in the late nineteenth century. Although medically the two terms described the same disease of the lungs, Ott shows that “tuberculosis” and “consumption” were diagnosed, defined, and treated distinctively by both lay and professional health workers. Ott traces the shift from the pre-industrial world of 1870, in which consumption was conceived of primarily as a middle-class malaise that conferred virtue, heightened spirituality, and gentility on the sufferer, to the post-industrial world of today, in which tuberculosis is viewed as a microscopic enemy, fought on an urban battleground and attacking primarily the outcast poor and AIDS patients.

Ott’s focus is the changing definition of the disease in different historical eras and environments. She explores its external trappings, from the symptoms doctors chose to notice (whether a pale complexion or a tubercle in a dish) to the significance of the economic and social circumstances of the patient. Emphasizing the material culture of disease—medical supplies, advertisements for faraway rest cures, outdoor sick porches, and invalid hammocks—Ott provides insight into people’s understanding of illness and how to combat it. Fevered Lives underscores the shifting meanings of consumption/tuberculosis in an extraordinarily readable cultural history.