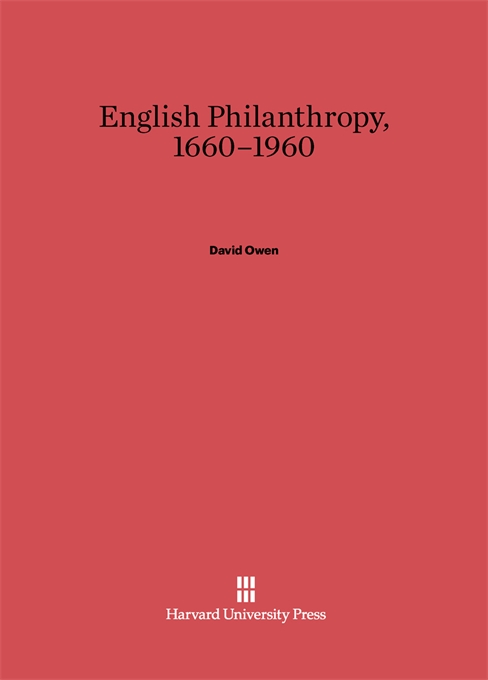 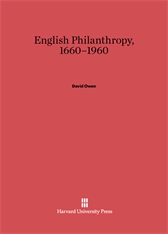 In the course of three centuries, the tradition, inherited from the Tudor Stuart age, of contributing money and time for public purposes became deeply ingrained in the English way of life. This pioneer study surveys the efforts of Englishmen over the years to create and support a network of services for the mitigation of poverty, disease, infirmity, and ignorance. During most of the period, private charity was assumed to be the normal instrument for relieving suffering, educating the young, and dealing with social malaise. The state would act only where there appeared to be no alternative. This division of responsibility, the author shows, had important consequences for the English community. Voluntary effort, whatever its accomplishments, pointed ultimately to more decisive action on the part of the state. Both by its successes and its abysmal failures, philanthropy did a great deal to disclose the real dimensions of the social question. David Owen, drawing on the records of charitable organizations which span three centuries, provides an authoritative and absorbing study of the startlingly large and progressively evolving role of private philanthropy in English life.