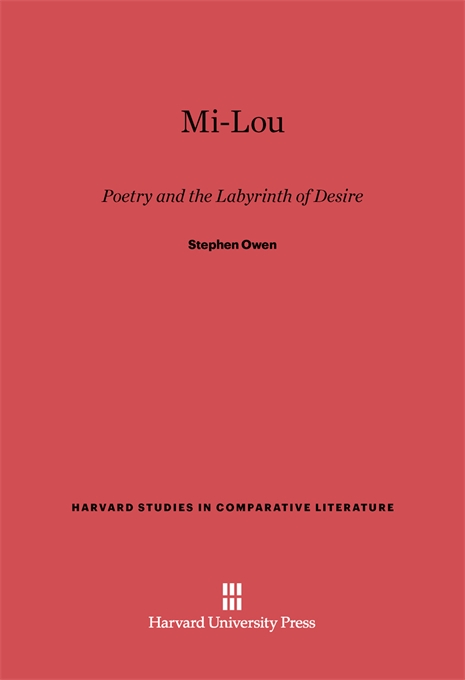 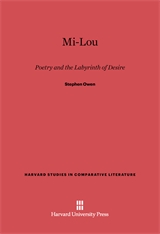 Poetry and the Labyrinth of Desire

Mi-Lou is literally “The Palace of Going Astray,” a pleasure labyrinth built by a Chinese emperor in the early seventh century; whoever entered the Mi-Lou became so entranced that he never wanted to leave. On that architectural model, Stephen Owen’s new book explores poetry from various cultures and historical periods, addressing issues of eros in both Chinese and Western poetry, putting poems together that have no right to be together but are somehow more vivid for their conjunction.

In passing from poem to poem, Mi-Lou: Poetry and the Labyrinth of Desire traces the hopes of lyric poetry, along with its compromises and failures. It begins with poems that try to seduce us, to catch us up in their world with visions that provoke desire, an intent embodied in the courtship poem. Owen’s work strays through fantasies of replacement and comes finally to Eden and visions of nakedness, both of body and heart. If there is to be a comparative literature that goes beyond the familiar works of the European tradition, illicit conjunctions of works from strange and familiar, ancient and recent writings must be made—otherwise, works that are foreign to the traditional categories will be forced into categories not their own, or left aside as exotic minorities. Mi-Lou’s success will not be in any conceptual structure it proposes, but in the pleasure of the poems and the pleasure of slowing down to reflect upon them.