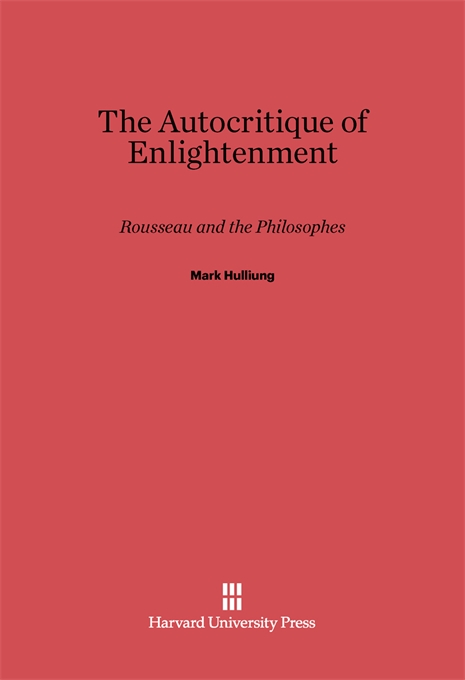 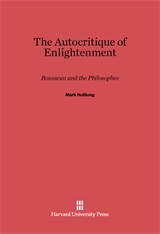 Rousseau and the Philosophes

Of all the critiques of the Enlightenment, the most telling may well be the one the age gave of itself, most notably in the life and writings of Jean-Jacques Rousseau. This searching autocritique, long overlooked in accounts of our eighteenth-centuiy heritage, receives its first full treatment in Mark Hulliung’s book. Hulliung restores Rousseau to his historical context, the world of the philosophes, and shows how he employed the arsenal of Voltaire, Diderot, and others to launch a powerful attack on their version of the Enlightenment.

With great intellectual skill and rhetorical force, Rousseau exposed the inconsistencies and shortcomings that called the entire program of the Enlightenment into question: in the psychology of Locke, the genre of philosophical and conjectural history, the latest applications of science to the study of society and politics, and the growing interest in materialist modes of thought. As the century moved on, Hulliung argues, the most advanced philosophes found themselves drawn to conclusions that paralleled Rousseau’s—an agreement that went unacknowledged in the acrimonious climate of the time. The Enlightenment that emerges here is richer, more nuanced, and more self-critical than the one reflected in current interpretations. By extracting Rousseau from the personal entanglements that stymied debate in his time and that mislead critics to this day, this study finally reveals the remarkable—and remarkably unacknowledged—force of his accomplishment.