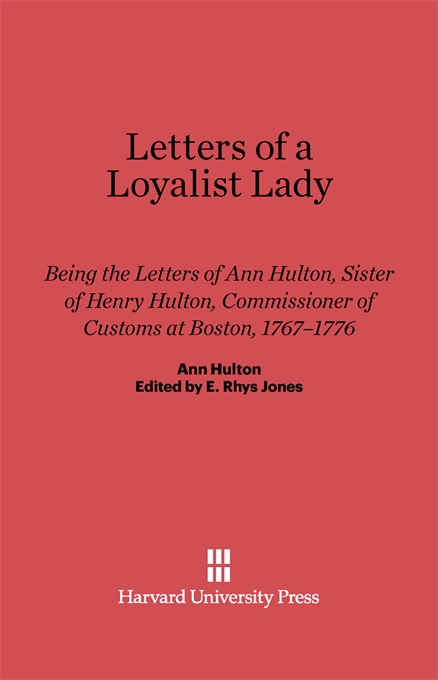 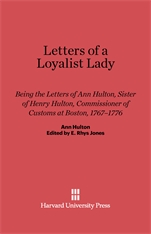 Letters of a Loyalist Lady

Being the Letters of Ann Hulton, Sister of Henry Hulton, Commissioner of Customs at Boston, 1767-1776

Anne Hulton was the sister of Henry Hulton, Commissioner of Customs in Boston during the years just before the Revolution. She lived with her brother and his family in a house on Walnut Street in Brookline, then a mere village. Her letters are thoroughly feminine; for they abound in detail about the health of the children, the expenses of housekeeping, and the doings of the neighbors. Greater matters concern her also: she has to record a raid on her brother’s house by the patriots, the riots in King Street, the Boston Tea Party, and the expedition to Lexington and Concord. Twice the family had to flee to the Castle. Thus her letters have value in two aspects: as a detailed and lively description of domestic life in pre-Revolutionary days, and as a reflection of British official beliefs and opinions about the events that led to the ultimate break with the mother country. In both aspects, they have a rich historical interest.