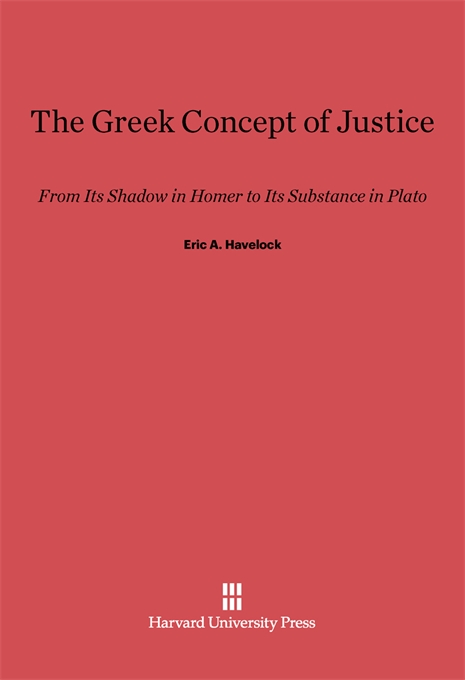 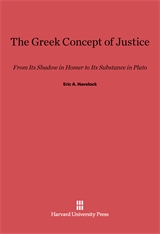 The Greek Concept of Justice

From Its Shadow in Homer to Its Substance in Plato

In this book, Eric Havelock presents a challenging account of the development of the idea of justice in early Greece, and particularly of the way justice changed as Greek oral tradition gradually gave way to the written word in a literate society.

He begins by examining the educational functions of poets in preliterate Greece, showing how they conserved and transmitted the traditions of society, a thesis adumbrated in his earlier book Preface to Plato. Homer, he demonstrates, has much to say about justice, but since that idea is nowhere in the epics directly stated or expressed, it must be deduced from the speech and actions of the characters. Havelock’s careful reading of the Iliad and the Odyssey is original and revealing; it sheds light both on Homeric notions of justice and on the Archaic Greek society depicted in the poems.

As Havelock continues his inquiry from Hesiod to Aeschylus, his findings become more complex. The oral Greek world shades into a literate one. Words lose some kinds of meanings, gain others, and steadily become more suited to the conceptualization that Plato strove for and achieved. This evolution of language itself, Havelock shows, was one of the principal accomplishments of the Greek world.

Lucidly written and forcefully argued, this book is a major contribution to our knowledge of ancient Greece—its politics, philosophy, and literature, from Homer to Plato.