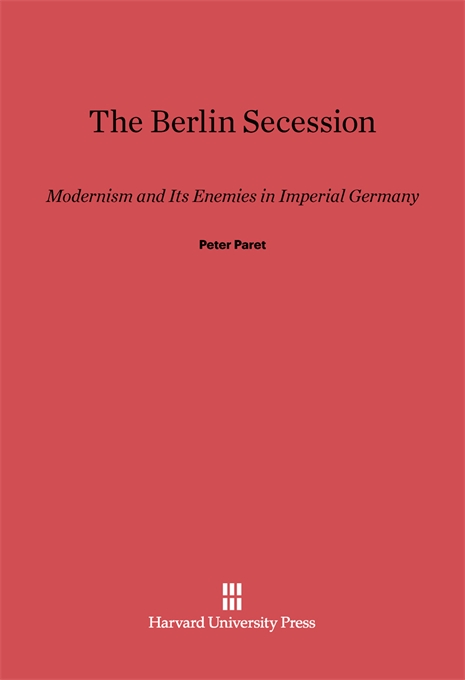 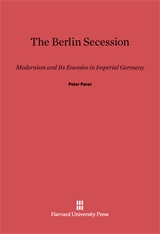 Modernism and Its Enemies in Imperial Germany

The Berlin Secession is a history of artistic creation and the forces that gave it birth and sustained it against great odds. With sensitivity, style, and clarity, Peter Paret depicts the lost world of Germany and the emerging forces of modernism. Not only an original work of art history, it is also a signal contribution to the cultural and political history of modern Europe.

The interaction of art and politics in Berlin before 1914 illuminates modern German history in general. “Berlin Secession” was the name taken by a group of painters and sculptors who championed modern art against the traditionalism of the bureaucracy and the highly vocal prejudices of Emperor William II. Paret has created a collective portrait of these men and women—among them such figures as Liebermann, Corinth, Kollwitz, and, later, Barlach, Kandinsky, and Beckmann—who led the way to a new aesthetic sensibility. Their attitudes and the fierce resentment they aroused reflect not only cultural but also major political trends in imperial Germany.

Early in the century, the antagonism between the secession’s international outlook and a narrowly defined “German art” took on intense political meaning. The politicization of art at a time of assertive nationalism is exemplified by such episodes as the secession’s attempt to force the government to include modern art in the German pavilion at the St. Louis Exposition in a struggle that ended in a sensational parliamentary attack on imperial autocracy.

Drawing extensively on unpublished sources and on striking illustrations, many of them reproduced for the first time, the author traces the clashes between modern art and national policy and between modern and academic art. He also examines politics and rivalries within the avant-garde. The Berlin Secession opens new perspectives on the conflict between modernism and the status quo in the empire—a conflict whose implications reach beyond the First World War to a later and still more tragic era of German history.