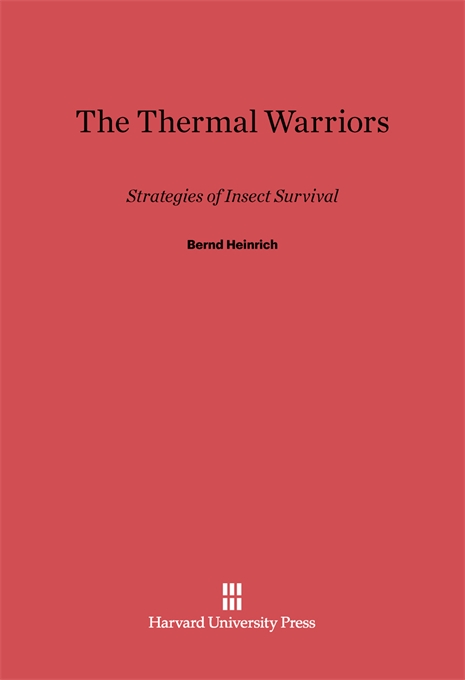 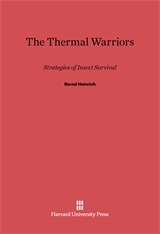 “‘For insects…the struggle to keep body temperature within an acceptable range is constant,’ Heinrich writes, ‘and often it is a matter of life or death. Each insect is a ‘thermal warrior’ in a contest with its predators and competitors in the context of its physical environment.’ Heinrich tells of this struggle as it affects insects, from a glacier-dwelling midge to a variety of bees, ants, moths and termites. He writes with an unflagging sense of wonder at what insects can accomplish.”—Scientific American

“[Heinrich] presents a fascinating review of the strange world of insect thermoregulation…Gifted with the rare ability to communicate complex information in simple, clear language, he summarizes the main points covered in his larger, more technical work, The Hot-Blooded Insects, and includes recent developments on the subject. This book will appeal to both informed lay readers and scholars.”—Library Journal

“[Heinrich’s] book both provides excellent background reading for those interested in global warming, and an easily read account of one of the driving forces behind the highly evolved intricacies of insect behaviour…[I]ntegrated evolutionary ideas are notoriously difficult to explain clearly and a strength of this book is that Heinrich manages to make complex interactions seem obvious and simple…I recommend [this book]…to anyone…who wishes to gain a first insight into the integrated importance of physiology, anatomy and behaviour in the adaptation of insects to their environment.”—Graham W. Elmes, Times Higher Education Supplement

“[This book is] nicely illustrated with drawings and photographs. Well written and very readable; highly recommended for anyone interested in natural history.”—Choice

“The Thermal Warriors can be commended at three levels. First, it is the definitive account of the remarkable array of thermoregulatory adaptations that have helped the insects achieve dominance on the land. Second, it is exceptionally well written. Third, Heinrich is not an armchair naturalist but the real thing: a leading field and laboratory biologist who speaks on his subject with refreshing and resonant authority.”—E. O. Wilson, Harvard University

“A fascinating blend of physiology and evolutionary biology, [Thermal Warriors] will not only be a source of delight to entomologists but will undoubtedly intrigue everyone who is genuinely interested in natural history.”—J. L. Cloudsley-Thompson, Bulletin of Entomological Research

“A few decades ago, no one studied thermoregulation by insects…Now, thanks in large part to Heinrich it is a subject with a vast bibliography and dozens of researchers. Thermal Warriors is aimed at a general audience—though one that is prepared to think. It is illustrated with pleasing pencil drawings and impressive color thermographs of insects at work. Hundreds of fascinating examples show insects coping with heat when foraging in hot springs, and with cold when living in glaciers…Thermal Warriors is about more than heat and insects; it is also an explanation of evolution at work.”—Jonathan Beard, New Scientist

“A society largely illiterate in biology is prey to all sorts of myth-making and misrepresentation, and it doesn’t help when books or television documentaries sensationalize the insects—our only rivals for preeminence on earth—as ‘alien empires.’ Contributing to these misconceptions is the tendency of biologists on the cutting edge of research to discuss their latest developments in their discipline only among themselves. It is cause for celebration, then, when a splendid scientist like Bernd Heinrich brings to the public an in-depth description of the astonishing discoveries recently made in one aspect of entomology. Dealing with complex material without condescending to his readers, he helps to make clear in The Thermal Warriors that insects are not aliens, but flesh-and-blood animals relevant to our own stay on this planet. Bravo, Bernd Heinrich!”—Frank Graham, Jr., Field Editor, Audubon

“Another fine book by this author. Eminently readable account of the ‘ingenious’ thermoregulatory adaptations of insects. Remarkable range of examples provide detailed overview of adaptations of bees, moths, dragonflies, beetles, katydids. Fascinating accounts, e.g., the defense against giant hornets by Japanese honeybees which involves that balling of a mass of honeybees around an attacking hornet and the consequent increase of temperature in the center of the ball which kills the hornet.”—Northeastern Naturalist

“Bernd Heinrich is one of those too-rare scientists who feel a commitment to making his research and that of others palatable—more than palatable, good reading—to a broad readership. In this book he returns to the themes of his earlier books, Bumblebee Economics and The Hot-Blooded Insects, updating the field and providing a broad overview of insect-temperature relationships. With an abundance of attractive sketches and with frequent comparisons of insect mechanisms to those of vertebrates and to human machines, he convinces the reader that these seemingly esoteric matters are exciting and what everyone should be talking about.”—Howard E. Evans, Colorado State University

“For those of us who are already fans, this is a splendid addition to our Bernd Heinrich shelves; for those who have not yet read him, this is a good book with which to begin.”—Susan Hubbell, author of Broadsides from the Other Orders

“Heinrich calls his subjects ‘thermal warriors.’ In the hands of a scientist as knowledgeable and a writer as capable as [this one]…this metaphor offers tremendous insight into the nature of insects…[The] mechanisms that insects use to regulate temperature are beautifully illustrated with Heinrich’s own pencil drawings…[This book is] full of weird facts and wonderful explanations.”—John R. Alden, Philadelphia Inquirer