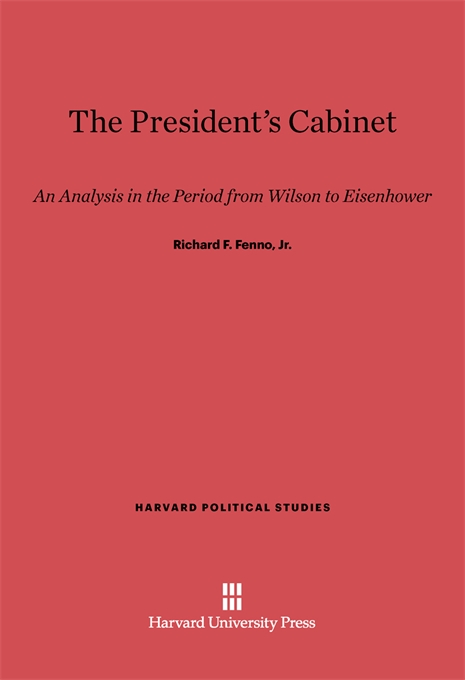 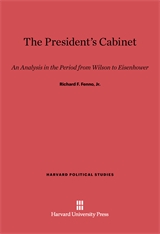 An Analysis in the Period from Wilson to Eisenhower

The author analyzes the operation of a leading political institution, the President’s Cabinet, within the broader context of the American political system. The period covers the Cabinets of Presidents Wilson, Harding, Coolidge, Hoover, Roosevelt, Truman, and Eisenhower.

The Cabinet is examined with regard to its origins, growth, personnel, its meetings, and its strengths and weaknesses as an advisory, decision-making, and coordinating body. Richard Fenno considers the nature, dimensions, and types of presidential influence, the ways in which various Presidents have selected and used their Cabinets. He describes the patterns of influence formed by the interaction of the President–Cabinet relationship on the one hand, and the larger political system on the other.

The weaknesses of the Cabinet as an institution, and the limitations upon the President’s selection, integration, and use of the Cabinet are considered, as are the many pressures to which the Cabinet member as an individual department head is subjected.