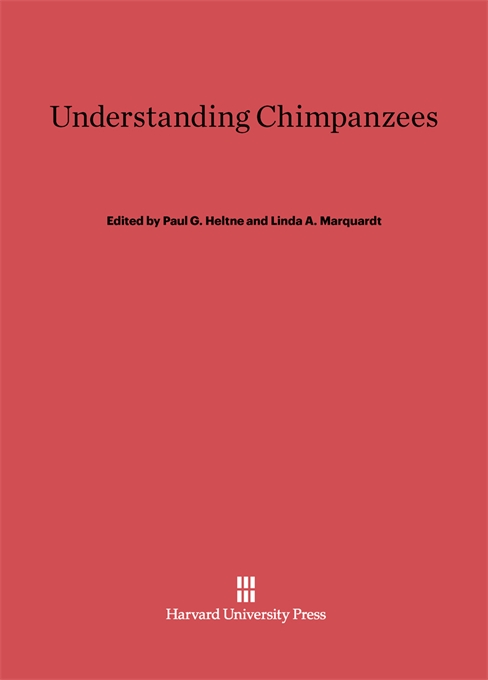 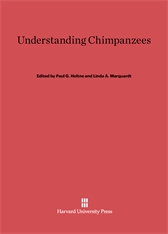 Thanks to classic studies such as Jane Goodall’s The Chimpanzees of Gombe, we know a great deal about our closest primate relative, but much remains to be discovered about these endlessly fascinating family members. Even their genus name, Pan, taken from the Greek god who represented the spirit of nature, aptly characterizes their elusiveness, for, like nature, chimpanzee behavior is a “giant jigsaw puzzle,” as Goodall puts it. This book, a definitive summary of current knowledge about chimpanzees and bonobos, is a significant step toward solving the puzzle.

Virtually every major chimpanzee specialist from around the world—Japan, the Netherlands, Great Britain, Africa, the United States—has contributed to this landmark volume. It contains important contributions by Japanese researchers who have been working in Africa for as many years as Goodall and whose work is not readily accessible in the West.

Understanding Chimpanzees examines a wide range of topics, including social behavior and ecology in the field, the rich variety of cultural traditions between one population and another in Africa and elsewhere, behavior in captivity, and the incredible cognitive abilities of chimpanzees in language acquisition laboratories. Of special interest is the strong coverage of bonobos (pygmy chimpanzees). The authors also concentrate on conveying a better appreciation of chimpanzee intelligence through the description of various ongoing investigations, particularly ones that examine signing interactions, vocabulary testing and modulation, and symbol acquisition.

In addition to the Foreword, Jane Goodall contributes a review of her own work at Gombe, her proposal for a “ChimpanZoo” project, and an update on the status of conservation in Tanzania. The book contains a major section on chimpanzee conservation in captivity and in the wild, documenting the threat to chimpanzee habitat and survival.

This work draws from a broad range of disciplines, including ethology, psychology, anatomy, biology, anthropology, conservation, and ecology and will attract readers pursuing ideas in all these fields. Over 100 photographs and drawings illustrate the text, which has been carefully assembled and edited by Paul G. Heltne, Director of the Chicago Academy of Sciences, and Linda A. Marquardt, the editor of Science Learning in the Informal Setting.