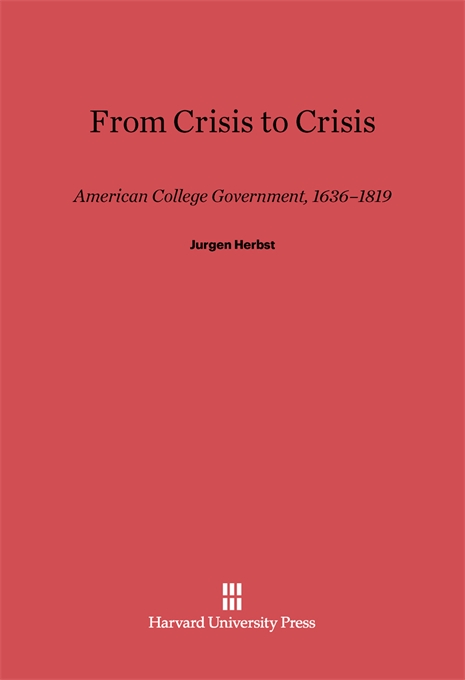 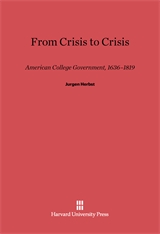 From Crisis to Crisis

Questions about the nature of academic institutions, the “autonomy” of the university, and judicial interference or protection burst forth in the late 1960s and no answers seemed satisfactory. Jurgen Herbst noticed the contradictions and uncertainties among the responses and decided to go back to the legal origins and institutional arrangements of America’s earliest colleges to solve the puzzles.

Herbst discusses misconceptions about seventeenth-century American colleges, starting with the failure to understand that those institutions had both continental European and English roots. In the continental view a college was a civil corporation under the joint supervision of the secular and ecclesiastic authorities. By contrast, the privately endowed colleges of the English universities at Oxford and Cambridge were charitable corporations. In America the continental and the English traditions merged. Private colleges as purely charitable corporations did not flourish until after the Revolution, when funds became more readily available—and when, in the Dartmouth College case in 1819, the Supreme Court protected the charter rights of private corporations.

With this background we can better grasp the significance of the attempts to strengthen public supervision over the colleges in the eighteenth century and of the occasional rebellions against secular–ecclesiastic college government. We also understand how American colleges and universities in the nineteenth century assumed their legal identities as public or private institutions with all the rights and privileges due them.