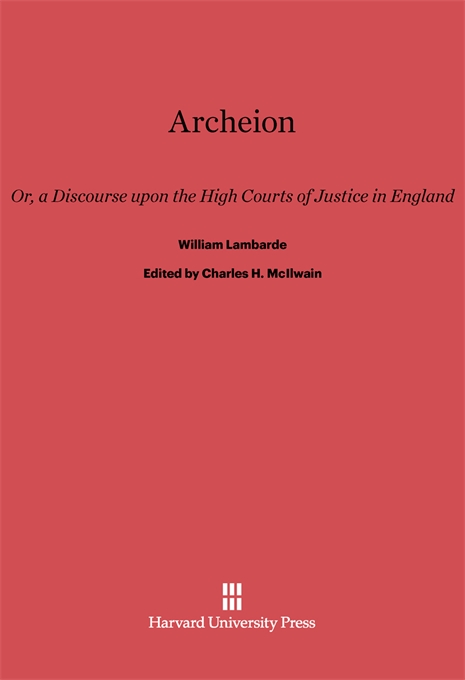 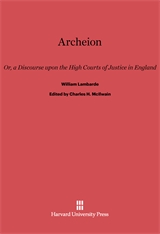 Or, a Discourse upon the High Courts of Justice in England, by William Lambarde

William Lambarde was probably the leading authority of the late sixteenth century on the history and procedure of the English courts of law. His accounts of the Court of Star Chamber and of the High Court of Parliament are particularly valuable in giving us the views still current in the later years of Queen Elizabeth’s reign of the functions and character of those two bodies. Lambarde’s work was circulated in manuscript at the close of the sixteenth century, but was not published until 1635, after the author’s death. In that year, two editions appeared: the first was apparently unauthorized and contained numerous errors; the second was “corrected and enlarged according to the author’s copie” by his grandson, Thomas Lambarde. For the first time since 1635 this corrected text is made available to scholars. Notes indicate its differences from the earlier, unauthorized, edition. The introduction, annotation, and appendix by the editors explain its significance in English history.