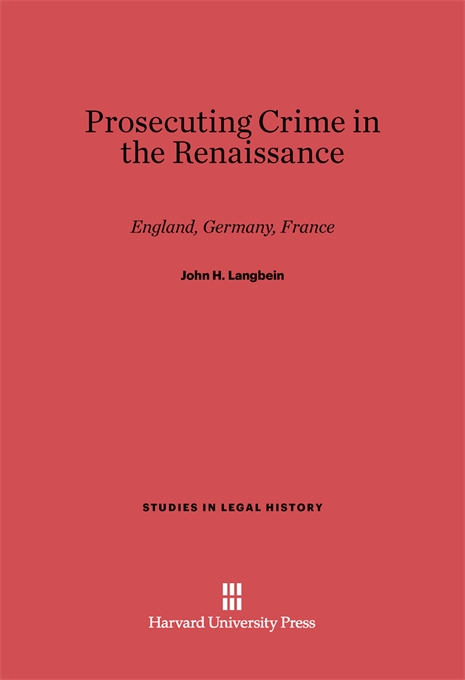 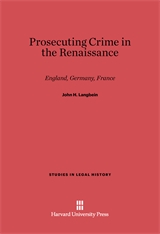 Prosecuting Crime in the Renaissance

At a time when pretrial criminal procedure is the subject of intense public debate, this book brings us new knowledge on how that procedure began. The modern way of prosecuting serious crime emerged in England in the sixteenth century. John Langbein shows how common law developed a system of official investigation and prosecution which reinforced older patterns of citizen prosecution and made it possible for the medieval institution of jury trial to survive into modern law. He emphasizes the central role of the justices of the peace as public prosecutors for felony. And he compares the new order with the inquisitorial procedure in Germany and France during the same century.