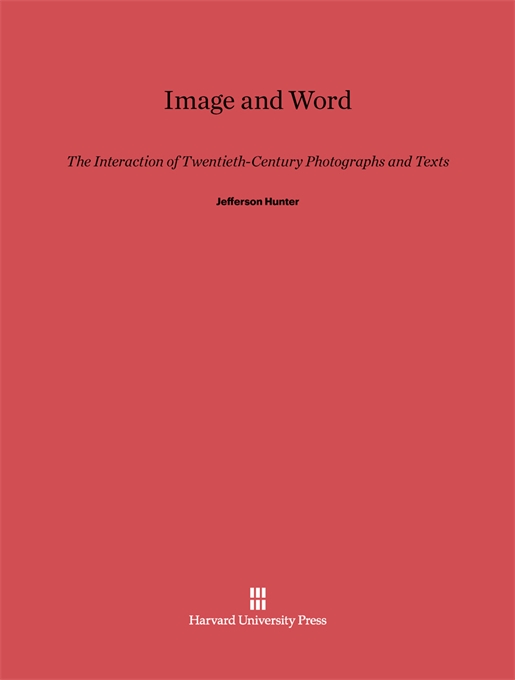 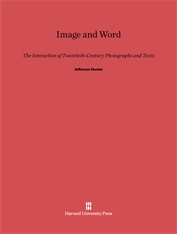 The Interaction of Twentieth-Century Photographs and Texts

The complementarities and antipathies between photographs and literary texts allow the two arts to play off each other, denigrate or exalt each other, and sometimes reach a true collaboration that has more significance than either could achieve alone. Jefferson Hunter examines these symbiotic relationships in a highly original book that will suggest new approaches to the art of photography.

In briefly captioned photographs, for example, the caption can merely supply factual information but can also subtly undermine the photograph—or be undermined by it. Some large-scale combinations of photographs and texts, such as Robert Capa’s Death in the Making, and ambitious collaborative “photo-texts” such as James Agee and Walker Evans’s Let Us Now Praise Famous Men—both progenitors of the documentary film and the whole field of photojournalism—can be so intimately interwoven that it is difficult to imagine either text or photographs existing alone.

In discussing portraits, whether on film or in words, Hunter offers an ingenious pairing of writers and photographers, juxtaposing artists who never published together but who work analogously: August Sander and Muriel Rukeyser, Alvin Langdon Coburn and Ezra Pound, Alfred Stieglitz and Gertrude Stein, Bill Brandt and George Orwell. Finally, photographs or the idea of photography can themselves become the subject of ambitious poems: Hunter examines works by Thomas Hardy, Philip Larkin, Elizabeth Bishop, Marianne Moore, Dave Smith, and Seamus Heaney. This exploration also includes the only full discussion in English of Bertolt Brecht’s Kriegsfibel, a collection of satiric quatrains on photographs cut out of news magazines. Appended is a substantial bibliography of works combining photographs and texts.

This imaginative, generously illustrated investigation of the many techniques and styles employed in combining photographs and words will interest a general audience as well as specialists in literature and photography.