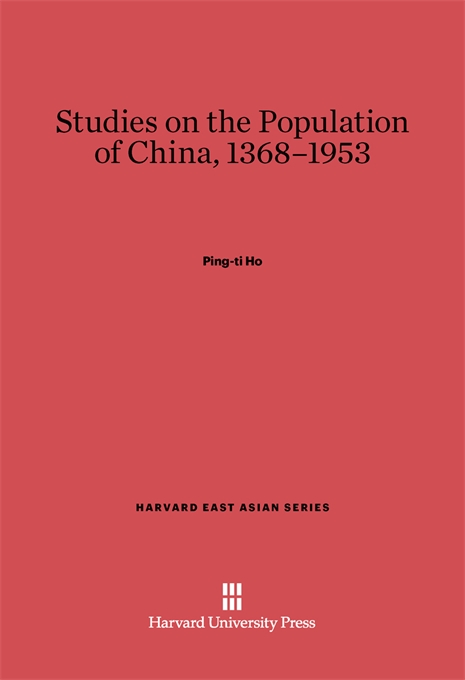 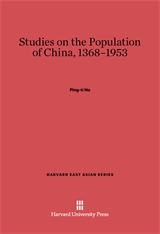 It is everywhere recognized that China’s mid-century population is a world problem, and not merely a national one. In spite of numerous studies on China’s population by occidental and Chinese scholars, many aspects of the subject remain obscure because of the problems of interpretation. Ping-ti Ho makes a thorough examination of the machineries with which population data were collected in different periods. This has led him to redefine, among other things, the key term ting, which has served as almost the sole basis of reconstruction of China’s historical population by many well-known authorities.

The second part of the book deals with factors which have affected the growth of China’s population during the last six centuries: the approximate extents of cultivated conditions, institutional factors like fiscal burden and land tenure, and major deterrents to population growth such as floods, famines, and female infanticide. In his conclusion Ho correlates population data with economic and institutional factors of various periods and he suggests ways for a reconstruction of China’s population history. While it is primarily an historical study, the book also correlates the past with the present.